There are increasing indications that an agreement on the first phase of Brexit talks is about to be struck.

EU Council president Donald Tusk said he was “encouraged by progress” and a deal on Ireland, the “divorce bill” and citizens’ rights was “getting closer”.

Theresa May is meeting EU figures in an attempt to finalise the deal ahead of a summit in 10 days’ time.

Belgian MEP Philippe Lamberts told the BBC’s Laura Kuenssberg that the UK had made a concession on the Irish border.

The BBC’s political editor said Mr Lamberts had said the UK was prepared to accept that Northern Ireland may remain in the EU’s customs union and single market in all but name. But, she stressed, the BBC has not seen the draft document nor has it been signed off.

Downing Street sources also told her they were cautious as to whether a deal would be done in Brussels on Monday, with one source saying: “There are still moving parts”.

Mrs May is meeting European Commission president Jean-Claude Juncker and Donald Tusk, the president of the European Council.

Scottish First Minister Nicola Sturgeon reacted to reports that Northern Ireland could retain “regulatory alignment” with the EU by saying there was “surely no good practical reason” why other parts of the UK could not do the same.

And Mayor of London Sadiq Khan tweeted that there could be “huge ramifications” for the capital if the country was given this deal, suggesting he would seek something similar.

While the Republic of Ireland’s prime minister, Leo Varadkar, is expected to make a statement later, DUP leader Arlene Foster has said her party “will not accept any form of regulatory divergence” that separates Northern Ireland from the rest of the UK.

She went on to accuse the Republic of Ireland of “seeking to unilaterally change” the Good Friday Agreement – the peace deal that brought an end to the Troubles – without the DUP’s “input or our consent”.

“Of course we will not stand for that,” she added.

Mr Tusk represents the leaders of the other 27 EU members, who all need to agree for there to be a move to the next phase of talks.

The UK voted for Brexit last year and is due to leave in March 2019, but negotiations have been deadlocked over three so-called separation issues.

Where are the talks at?

The EU says it will only recommend the start of talks about future trade arrangements when it deems “sufficient progress” has been made on three issues – the status of expat citizens, the “divorce” bill and the Northern Ireland border.

The UK has been set a deadline of this week to come forward with an improved offer on them, and hopes that the go ahead for future talks will then be given at an EU leaders’ summit on 14-15 December.

On the “divorce bill”, the UK is understood to have recently increased its offer, which could be worth up to 50bn euros (£44bn).

On the issue of rights for the three million EU citizens in Britain, the UK has agreed that those who already have permanent residence will not have to pay to apply for settled status. Those making a first time application for the right to stay after Brexit, however, will face a charge – reportedly similar to the cost of applying for a passport.

Settled status will grant those who have spent five years in the UK equal rights on healthcare, education, benefits and pensions to British citizens.

Ministers have already suggested people legally resident in the UK before an as yet unspecified cut-off date will be allowed to stay and they want to make the process “as easy as renewing a driving licence”.

Is Ireland now the sticking point?

Progress in other areas has led to attention being focused on the Ireland question in recent days.

The Irish government is seeking guarantees from the UK that there will be no customs checks on the border with Northern Ireland after Brexit and movements of goods and people will remain seamless.

Mr Tusk has stated Dublin must be satisfied there will be no return to a “hard border” and as Irish ministers met on Monday, it seemed there was yet to be a resolution.

“We are certainly not looking to veto anything,” its Europe minister Helen McEntee told BBC Radio 4’s Today.

“Ireland wants to move on to phase two but it would be absolutely impossible to allow that when we don’t have an absolutely concrete commitment there won’t be a hard border.”

But according to RTE’s Europe editor Tony Connelly, a draft text being circulated suggests the UK is set to agree to a key Irish demand – that there would be “continued regulatory alignment” for businesses in the Republic of Ireland and Northern Ireland after Brexit.

And Irish prime minister Leo Varadkar, who talked to Mr Tusk and Mr Juncker on Monday morning, says he will be making a statement later:

Although the wording of any proposed deal on the Northern Ireland border is yet to be confirmed, the Democratic Unionist Party MP Sammy Wilson, was unhappy with what had been reported so far.

“We’ve made it quite clear that we will do nothing that would separate us from our main market , which is the United Kingdom – so how could they even deliver on such a promise,” he said.

What’s the view from Brussels?

A spokesman for the European Parliament has hinted that an agreement is close suggesting only a “few words” are missing from a text that both sides can sign off.

Leading MEP Guy Verhofstadt said there was a 50-50 chance of an agreement on Monday.

“I am optimistic that it is possible,” he said. “If there are still outstanding issues on citizens rights, I want to solve them now.”

The BBC’s Europe editor Katya Adler says Brussels is in an upbeat mood, with talk of movement, traction and an absence of negativity in last-minute negotiations before the prime minister’s visit.

Mrs May, she added, will be expected to give personal assurances and iron out outstanding disagreements. If all goes smoothly, a joint UK-EU report will then be published locking in all understandings to date.

Trouble for May back at home?

Mrs May’s meetings comes as the EU withdrawal bill returns to the Commons for a fourth day of debate and leading Tories, including Jacob Rees-Mogg, John Redwood and former chancellor Lord Lawson, signed a letter calling on the PM to refuse to settle the UK’s “divorce bill” unless Brussels agrees to a series of demands.

These included ending the European Court of Justice’s jurisdiction the moment the UK leaves in March 2019, rather than allowing it to continue during an “implementation” phase as the PM has suggested.

Tory MP and pro-Brexit campaigner Owen Paterson claimed he was “right behind” the prime minister, despite signing the letter.

“It is very important that the EU understands that many of us are getting fed up with the fact that they are treating [Mrs May], in some ways, pretty rudely and churlishly and not getting on to the absolute key negotiation, which is the economic relationship we have with the EU once we leave.” 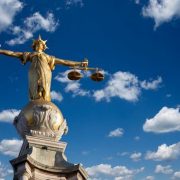 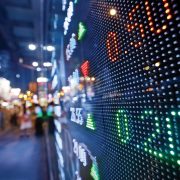 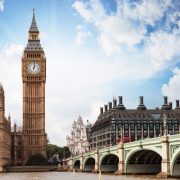 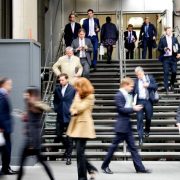 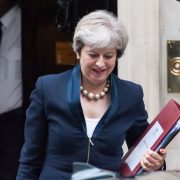 May and Davis to travel to Brussels for urgent Brexit talks 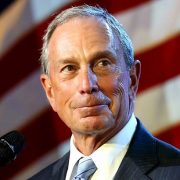 Michael Bloomberg: Brexit is stupidest thing any country has done besides Trump
2 replies