There Are Five Indicators That a Recession is Coming

You are here: Home1 / News2 / Recession3 / There Are Five Indicators That a Recession is Coming

A recession is now a matter of when, not if. As markets struggled to accept the certainty that the Federal Reserve will continue its most aggressive monetary tightening campaign in decades to squeeze inflation out of the US economy over the past week, the pulse of those flashing red lights intensified.

Even if doing so brings on a recession. And even if it comes at the expense of clients and companies outside the United States.

There’s now a 98% chance of a global recession, according to research firm Ned Davis, which brings some sobering historical credibility to the table. The firm’s recession probability reading has only been this high twice before — in 2008 and 2020. Over two-thirds of the US economy is comprised of consumer expenditure. Most of the time, economists base their predictions of a downturn on a range of indications.

1. The Powerful US Dollar

In the world economy and international finance, the US dollar has a significant influence. And at this moment, it is stronger than it has been in the past 20 years.

The dollar gains in appeal to investors worldwide when the US central bank rises interest rates, as it has been doing since March.

The dollar is viewed as a secure investment in any economic environment. Investors have even greater reason to invest in dollars during turbulent times, such as during a global pandemic or an Eastern European war, typically in the form of US government bonds.

2. The American Economy is Stagnant

The largest economy in the world is driven primarily by consumer spending. And shoppers in America are worn out.

Consumer spending has decreased after more than a year of steadily rising costs for almost everything, along with stagnant incomes.

Consumers are digging into their savings as a result of the difficulty brought on by inflation, according to a note sent on Friday by Gregory Daco, chief economist at EY Parthenon. According to Daco, the personal saving rate was only 3.5% in August, which is close to its lowest level since 2008 and far lower than its pre-Covid average of about 9%.

For the most part of the epidemic era, business has been growing across all industries, despite record high inflation eating into earnings. That is due (again) to the perseverance of American consumers, as companies were able to pass on the majority of their higher expenses to customers in order to maintain profit margins.

In case anyone needs yet another awful historical comparison, equities are now on course for their worst year since 2008 and Wall Street has been dealt a whiplash.

However, things were completely different last year. Thanks to a flood of cash injected by the Federal Reserve, which unleashed a double-barrelled monetary-easing programme in the spring of 2020 to prevent financial markets from collapsing, equity markets flourished in 2021, with the S&P 500 rising 27%.

Bottom line: Until global inflation is under control and central banks relax their restrictions, there are currently few secure areas for investors to store their money.

In no other country is the awful collision of economic, financial, and political tragedies more apparent than in the UK.

The UK has experienced price increases that are mostly caused by the catastrophic shock of COVID-19, followed by the trade interruptions brought on by Russia’s invasion of Ukraine, just like the rest of the world. The West has stopped importing Russian natural gas, which has caused energy prices to surge and supply levels to decrease.

Even without the other incidents, those were terrible.

With inflation over 10%, the highest of any G7 economy, Britons are already experiencing a cost-of-living crisis. Now, they are in a panic over rising borrowing costs, which might force millions of homeowners to increase their monthly mortgage payments by hundreds or even thousands of pounds. 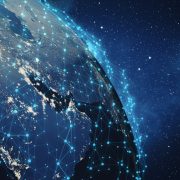 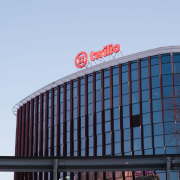 Twilio Dismisses 11% of Its Workforce
1 reply

How Is Technology Changing The Healthcare Sector?

The 5 Most Popular Fantasy Sports Apps
Scroll to top