Tag Archive for: The Prime Minister

You are here: Home / News / The Prime Minister 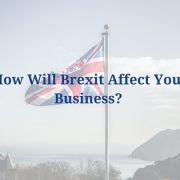 BRITISH businesses are in fear that they will have to transition twice as the UK leaves the EU, an economist has claimed.

The Prime Minister has said the UK will leave the single market and customs union during the implementation period after March 29 2019.

The EU, however, remains firm that the UK will stay in the institutions until Britain has fully cut ties with the bloc.

Speaking on Bloomberg, Simon French, chief economist at Panmure Gordon warned that businesses in the UK could face having to transition twice during the Brexit process.

He said: “You say a lot has been discussed, I guess one of the surprises of this week is that Theresa May is going to discuss with her cabinet for the first time what they actually see in terms of the end state.

“That’s extraordinary that we are almost 18 months after the referendum and that discussion hasn’t been had at the top of UK politics.

“In terms of your economic question, I think the last few weeks have confirmed my view which is really that the UK will try and replicate as much as it can, the system with regulation with the European Union.

“It will effectively be a rule taker in that regard come the end state.

“The question this week is really on how much during that transition the UK will be able to benefit from a status quo and businesses don’t have to transition twice, and that is the real risk of businesses we are talking to.”

Business has called for certainty to help them prepare for when the UK leaves the European Union.

Speaking in the House of Commons on Monday, the Prime Minister set out what the UK was seeking during the implantation period.

She said: “As I proposed in Florence, during this strictly time-limited implementation period which we will now begin to negotiate, we would not be in the single market or the customs union, as we will have left the European Union.

“But we would propose that our access to one another’s markets would continue as now, while we prepare and implement the new processes and new systems that will underpin our future partnership.

“During this period we intend to register new arrivals from the EU in preparation for our new immigration system.

“And we will prepare for our future independent trade policy, by negotiating and where possible signing trade deals with third countries, which could come into force after the conclusion of the implementation period.”