Global trade is the exchange of capital, goods, and services across international borders or territories because there is a need or want of goods or services. In most countries, such trade represents a significant share of gross domestic product.

Customs and international trade law firm Sandler, Travis & Rosenberg, P.A., announced today the addition of Juan Moreno as Director, Trade Compliance. He will be based in the San Diego area. 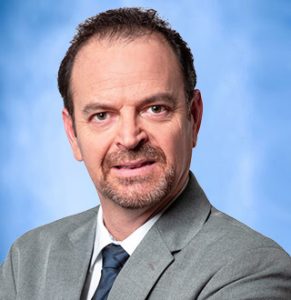 “Juan is an ideal fit for the ST&R team,” said Lenny Feldman, a member of the firm’s Operating Committee. “He has decades of pragmatic trade compliance experience in a wide variety of core areas that are crucial for our clients, particularly as they are working to both improve compliance efforts and strengthen their bottom lines amid today’s shifting global trade environment.

Juan has helped a lot of companies develop controls and tools to address just these types of issues.”

Juan Moreno advises importers, exporters, trade associations, and multinational corporations in the United States and Mexico on a wide variety of regulatory and international trade subjects. He has been especially active on USMCA compliance, helping companies transition operations from NAFTA to USMCA rules, and he is well-versed in Mexico’s IMMEX and PITEX programs.

He also engages and guides companies on strategies for legally lowering MFN, Section 301, and other duties, including by taking advantage of classification, origin, valuation, and other customs strategies as well as free trade agreements, preferential trade programs, and other tools.

A member of the international trade community since 1994, most recently Juan Moreno served for 14 years as director of trade compliance for a San Diego-based customs law firm. He worked for many years as a customs compliance manager, first with a leading customs broker and then with a company closely involved with operating maquiladoras in Mexico.

He has trained professionals all over the United States and Mexico on compliance issues and is a sought-after speaker on a wide range of international trade matters.