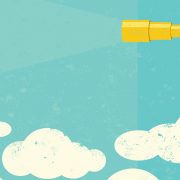 The K&P Transaction Advisory and Analysis team has prepared a report on the structure of the M&A market in Poland. The report presents an in-depth analysis of current trends in the M&A market and phenomena affecting its structure in the first half of 2019.

The report presents the situation on the mergers and acquisitions market in terms of value and number of transactions across particular sectors, origin of the capital, supply side of the market, type of investors, blocks of shares purchased, as well as potential events that may impact the market. 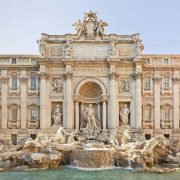 Italy will cut its budget deficit targets from 2020 and reduce its debt over the next three years, Prime Minister Giuseppe Conte said on Wednesday, easing fears about fiscal policy in the euro zone’s third-biggest economy.

The ruling coalition last week stunned investors by tripling Italy’s previous deficit target for the 2019-21 period to pay for tax cuts, welfare for the poor and a planned revision of an unpopular pension reform.

Speaking to reporters after a meeting of ministers, Conte said the government would push ahead with its expansionist fiscal programme but would keep its spending in check.

“We will show courage above all in 2019, because we believe that our country needs a budget that calls for strong growth,” said Conte, flanked by deputy prime ministers Luigi Di Maio and Matteo Salvini, and Economy Minister Giovanni Tria.

He predicted the debt/GDP ratio would fall beneath 130 percent next year and hit 126.5 percent by 2021. It is currently around 131 percent, the second highest in Europe after Greece.

The government did not release growth targets, but Tria said the gap between Italian growth and the rest of the eurozone would halve next year. The IMF has forecast growth of 1.0 percent in Italy in 2019 against 1.9 percent for the eurozone.

News the coalition planned to cut the deficit faster than previously indicated caused Italian government bond yields to fall sharply on Wednesday, while the Milan bourse outperformed other major stock exchanges in Europe to close up 0.9 percent.

The coalition came to power in June promising to slash taxes and boost welfare spending, and says an expansionary budget is needed to lift Italy’s underperforming economy, which is some six percent smaller than it was a decade ago before the sovereign debt-crisis exploded.

Tria said the 2019 budget would include a lift in public investment and would offer tax breaks to firms investing in equipment and staff. The jobless rate would fall from around 10 percent now to as low as 7 percent, the prime minister said.

European Commission officials and EU allies had expressed their concern over Rome’s spending plans and there was some relief over the reduced targets.

“It’s a good signal that the trajectory has been revised because it shows the Italian authorities are hearing the concerns and remarks from their partners and the European Commission,” EU Commissioner Pierre Moscovici said in Paris.

Italy’s minister for European affairs, Paolo Savona, went to Strasbourg on Wednesday to try to reassure EU lawmakers that Rome was not being irresponsible.

“I think there is no chance that Italy will default on its public debt,” said Savona, who has previously called into question Italy’s membership of the euro currency.

“I do not intend to take any action against the euro. On the contrary, I want to strengthen it,” he said on Wednesday. 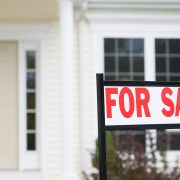 The average house price across the UK inched up in September according to a leading survey, but experts are stepping up their warnings that a chaotic Brexit will hit a weak property market ‘for six’.

Property values rose by 0.3 per cent on August, according to figures by Nationwide, to reach on average £214,922 – although that disguised significant regional disparities with the capital again experiencing falling values. Annual price growth remained stable at 2 per cent, unchanged from the August rate which was the slowest in five years.

Jonathan Samuels of property lender Octane Capital said that despite a rising average price, the property market is ‘sterile at best’.

‘The little annual house price growth there is, is being driven as much by the lack of supply as it is demand,’ he added. ‘A strong jobs market and continued low borrowing rates are keeping transactions ticking over despite pressure on household finances, interest rate uncertainty and the ever-present threat that is Brexit.

‘Few would bet against the market staying in the same supply/demand rut for the rest of the year and well into 2019. A chaotic Brexit has the potential to hit confidence and the property market for six.’

That sentiment was echoed by Jonathan Hopper of Garrington Property Finders, although he noted that, while prices in the capital are still falling and have now notched up five straight quarters of decline, the slide is slowing.

‘For London house prices, there may be light at the end of the tunnel,’ he added. ‘The only problem is no-one is yet sure if the light is a Brexit-shaped train.

‘While many regional markets are relatively insulated from Brexit concerns, in London and the South East these fears are a real threat to the market.’

Lucy Pendleton of independent estate agents James Pendleton said that people are ‘waiting to see whether the Brexit gods deliver us a very bad Brexit or just a tumultuous one’.

Like other recent surveys, the Nationwide report showed that prices in London and the outer commuter belt continued to fall, while Yorkshire and Humberside and the East Midlands saw the strongest growth in the country.

The Bank of England raised interest rates to 0.75 per cent from 0.5 per cent in August, but is not expected to make the next hike until next year.

‘Subdued economic activity and ongoing pressure on household budgets is likely to continue to exert a modest drag on housing market activity and house price growth this year, though borrowing costs are likely to remain low,’ Gardner added.

‘Overall, we continue to expect house prices to rise by around 1% over the course of 2018.’

Yorkshire & Humberside was the best performing region for the first time in more than a decade with a 5.8 per cent rate of growth, while the North saw the biggest annual price fall of 1.7 per cent.

In London, prices fell by 0.7 per cent last month – the fifth quarter in a row of declines, Nationwide said.

However, if we look at the change in prices since the peak of 2007 just before the credit crunch, the picture is reversed, according to the report.

Prices in London are still over 50 per cent ahead of its 2007 figure, while Wales, Scotland and the three regions of northern England are largely unchanged over the past decade.

Nationwide found that the East Midlands continued to see ‘relatively strong growth’, with prices up 4.8 per cent year-on-year, followed by Northern Ireland, which saw a pick up in annual price growth to 4.3 per cent and was the best performing amongst the home nations.

It comes as Theresa May announced at the weekend plans for foreign buyers to be charged a higher stamp duty rate when they buy property in the UK.

The move will be seen as an attempt to neutralise the success of Jeremy Corbyn’s drive to attract young voters with pledges to provide more affordable housing and target high earners.

Mr Murphy at the CML said: ‘Any impact that the potential introduction of additional Stamp Duty on overseas buyers on investment property is likely to be more keenly felt in the capital, however how much of a bearing it will have in real terms is potentially up for debate.’ 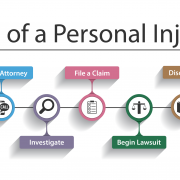 Hundreds of firms specialising in personal injury could be whittled down to barely a dozen within five years. That was the prediction today from Steve Din, the founder of law firm investor Doorway Capital, as he predicted rapid consolidation of the market driven by imminent reforms of the sector.

Speaking at a PI conference in Manchester today, Din said: ’Of the 800-plus specialist PI firms presently in the market, consolidation appears not only likely but, for us, represents a real opportunity.

‘We consider this opportunity will also encompass non-PI consumer law firms. We believe Doorway Capital can force this consolidation by focusing our investment at making acquisitions, making lateral hires and investing heavily in direct marketing.’

Din, a former managing director at Morgan Stanley and Citigroup, told delegates that some High Street banks are expected to retrench from funding small personal injury firms, leaving them to focus on funding just the larger firms.

He added that smaller claims management companies, particularly those that depend on RTA claims, would largely disappear, with the larger surviving CMCs becoming an alternative business structure and possibly integrating with a law firm.

Doorway Capital has come to prominence in recent weeks through its investment in Simpson Millar, effectively becoming owner of the national firm after the administration of its previous parent company Fairpoint.

Din insisted the firm is a profitable business which only posted losses for 2017 because of goodwill repayments.

Over the last two years, Doorway has advanced almost £50m to various law firms needing to fund their work-in-progress, case acquisition and the acquisition of other firms.

The PI sector is set to experience major change in the coming years, with RTA claims subject to a fixed tariff scheme and the small claims limit rising to £5,000 for RTA claims and £2,000 for other personal injury claims. Any claims worth less than those figures will effectively be taken out the hands of PI firms who will no longer be able to claim their costs. Fixed fees are also likely to be extended, following a report by Lord Justice Jackson.