You are here: Home1 / News2 / Legislations

It is generally assumed as a matter of commercial dealings that arbitration proceedings will be both private and confidential.

The first assumption is essentially correct. Arbitrations are private in that third parties who are not a party to the arbitration agreement cannot attend any hearings or play any part in the arbitration proceedings.

The second assumption, since the 1990s, is not. Confidentiality – which is concerned with the parties’ obligation to each other not to disclose information concerning the arbitration to third parties (and the arbitrator’s like obligations to the parties) – does not apply to arbitration as an all-encompassing rule, and indeed in some circumstances will not apply at all. Generally speaking, however, parties to arbitration agreements assume that it does. Indeed, surveys suggest that confidentiality is one of the main reasons commercial parties choose arbitration over court proceedings (along with the flexibility of the process and the ability to nominate an arbitrator of choice).

The traditional assumption that arbitrations are confidential is, on the face of it, a fair one, given that arbitration arises through private agreement: it is the contractual agreement to arbitrate (and usually to do so using a pre-agreed set of arbitration rules and with the assistance of an administrating body, such as the International Chamber of Commerce (“ICC”) or the London Court of International Arbitration (“LCIA”)) that provides the necessary legal framework for arbitration. This is inherently different to taking a dispute to a local court, which is a formal dispute resolution process provided and mandated by the state, and therefore, to varying degrees, open to the public and the press.

This traditional assumption was, however, dealt a severe blow in the 1990s, when, with the growth in the use of international arbitration, a closer consideration of various aspects of arbitration began to take place. Those considerations included the extent to which arbitrations were confidential, and when the issue came before the courts in Australia and Sweden in the mid- to late 1990s, the courts in those jurisdictions rejected the concept of an overall duty of confidentiality in arbitration. This led to a debate about confidentiality in arbitration in many jurisdictions, and new legislation in some places. It also led to many of the recognised arbitral institutions amending their rules to clarify the position on confidentiality.

Unfortunately, however, there has been no common approach amongst legislators and arbitral institutions, other than to recognise, and seek to reflect in different ways, the important arbitral mainstay that the parties should have considerable autonomy to decide the rules which will regulate their arbitration. In some instances, therefore, legislators and arbitral administrative bodies moved to make the default position that there was no confidentiality in arbitration (leaving it entirely a matter of the parties’ agreement), whilst others included such a duty, but covering differing scopes. Further, serious questions arose as to the extent to which confidentiality obligations, particularly those imposed through the rules of an arbitral institution as opposed to state legislation, can be enforced.

As touched on above, the issue of confidentiality is made complex by the different types of information and documentation that are created and/or become available in the arbitration process.

To give a flavour of the problem, consider the question of documentation generated as part of the arbitral process by the parties and the arbitrators, including the award, as against pre-existing documentation made available as evidence. The former is perhaps in a similar category to the private and closed nature of arbitration hearings, and therefore readily considered confidential, save that in some instances there may be a third party, like a witness of fact, who knows the content of the document and regards it as theirs. Pre-existing documentation that was not created for the purposes of the arbitration might also be thought to be confidential because it might concern or involve parties other than the parties to the arbitration agreement, but equally some or all of it might already be in either the public domain, or certainly a wider domain, having, for example, been issued to various parties on a complex construction project.

Then there is also the question of the many different people involved in the arbitration, and whether a duty should be – or, in the case of arbitration rules rather then state legislation, can be – imposed on them. Who should a duty of confidentiality extend to? Whilst it is probably fair to expect it to extend to the Tribunal, and to the staff of the arbitral administrative body, to do so requires legislation, or agreement, as the people concerned are not parties to the arbitration agreement and therefore have not agreed to the rules that have been agreed to by the parties to the arbitration itself. Further, what about witnesses of fact, who are also not parties to the arbitration agreement, and who might not be entirely willing participants, and may well regard what they hold by way of documents, and the knowledge they have, as being theirs to do with as they wish. Expert witnesses are more obvious candidates for a confidentiality obligation, but it would have to arise through agreement, and the expert may wish, at least to some degree, to be able to let the fact of his or her instruction be known for marketing purposes.

Questions also arise as to whether any confidentiality should attach to arbitral proceedings if they are challenged in the local courts.

As noted above, both countries and the arbitral institutions that administer international arbitration have not taken a consistent approach to “legislating” for confidentiality in arbitration proceedings.

Each country and set of arbitral rules has taken its own approach, and there is not room in this article to cover them all. We look here, therefore, at a handful of countries and institutional rules.

In France, which has been the traditional home of the ICC for many years, with Paris a common arbitral seat, it is only the deliberations of the arbitrators that are said by the relevant provisions of the Civil Code to be confidential, although there is case law which suggests that there may be a limited general duty of confidentiality.

In contrast, in England, where London is another common seat and the home of the LCIA, there is no relevant legislation: the Arbitration Act 1996 is completely silent on confidentiality. But as a consequence of case law, three quite far-reaching rules apply. The first is that unless agreed otherwise, arbitration proceedings are held in private. The second is that there is an implied obligation of confidentiality which arises from the very nature of arbitration, and the third is that any duty of confidentiality is subject to the exceptions of consent, court order, reasonable necessity and public interest.

In Singapore, again a common seat for international arbitration and the home of the Singapore International Arbitration Centre (“SIAC”), it is only court proceedings under the relevant arbitration Acts that might be confidential, if requested by the parties. Like England, however, case law (following English common law) recognises a general obligation of confidentiality, implied into the arbitration agreement.

In several jurisdictions, arbitrators are liable if they disclose arbitration information without consent, including the Dubai International Finance Centre (“DIFIC”), which has rules that require that all information relating to arbitral proceedings be kept confidential, except where disclosure is required by order of the DIFIC Court.

In Hong Kong, another common place and seat for arbitration and the home of the Hong Kong International Arbitration Centre (“HKIAC”), unless otherwise agreed by the parties, a party is not entitled to publish, disclose or communicate any information relating to the arbitral proceedings or any award, unless required to do so by law or to pursue a legal right.

In Sweden (home of the Stockholm Chamber of Commerce (“SCC”)) and the United States, however, there is no legal duty of confidentiality imposed or implied in arbitration.

With regard to the arbitration rules, the position is equally diverse. Whilst many rules make the hearings private, awards confidential, and the duties of the administrating institution private, otherwise they vary significantly. As with countries, there are too many different sets of arbitration rules to cover them all here, but the following is a selection of the better known ones.

The UNCITRAL Rules do not extend beyond making the hearings private, and the award confidential:

The ICC Rules make the hearings private, and the workings of the ICC Court confidential, but otherwise they simply provide for arbitrators to make orders in relation to confidentiality on the application of one of the parties. This followed considerable debate and deliberation in advance of the new rules which came into force in 2011.

The relevant Article reads as follows:

In contrast, the LCIA Rules include a specific agreement that the award, disclosed materials and the deliberations of the Tribunal are confidential, as follows:

Both the HKIAC and SIAC Rules go much further, making the process essentially confidential. Likewise the Dubai International Arbitration Centre Rules provide for confidentiality, as follows:

When embarking upon arbitration, therefore, you can assume that it is private – that is to say, that third parties will not be allowed to participate without your agreement; but whether, and if so to what extent, the process might be confidential, depends upon the seat of your arbitration, and which rules, if any, you have agreed will apply. 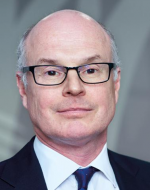 Advisory Excellence welcomes you to the latest edition of Pensions News, which aims to help employers and trustees keep up to date with all the latest developments in pensions legislation, guidance and case law, as provided by our membership from around the globe.