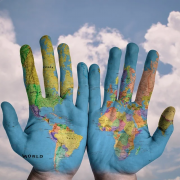 We are delighted to announce the appointment of partner Anita Horváth as co-head of the Europe energy group. Serving alongside fellow co-head, Arek Krasnodębski, she will focus on further developing our transactional work within the energy sector.

Anita is among the premier lawyers advising on complex domestic and cross-border M&A, joint ventures and private equity transactions in Hungary and the region, due to her excellent international reputation, clients increasingly call on her to lead multijurisdictional transactions. In addition to her regional appointment, Anita has also recently been named co-head of our Corporate and M&A practice in Hungary, alongside Rob Irving.

We congratulate Anita on her appointment, and wish her continued success in her new roles.

Dentons is the world’s largest law firm, delivering quality and value to clients around the globe. Dentons is a leader on the Acritas Global Elite Brand Index, a BTI Client Service 30 Award winner and recognised by prominent business and legal publications for its innovations in client service, including founding Nextlaw Enterprise, Dentons’ wholly owned subsidiary of innovation, advisory and technology operating units. Dentons’ polycentric approach, commitment to inclusion and diversity and world-class talent challenge the status quo to advance client interests in the communities in which we live and work. 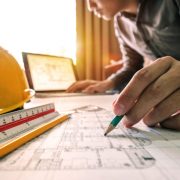 The expert report of the forensic expert appointed by the notary public should be taken into consideration as if the forensic expert’s appointed by the court. Of course, the parties can delegate private experts but primarily their expert report is taken into consideration as the certain party’s declaration, so the power of proof of these private experts is weaker than the experts’ appointed by courts and notary publics. However, the new Code of Civil procedure came into force on 01 January 2018 in Hungary attributes more power to the so called private expert report, as long as during the preparation of the report, the party hiring the private expert and the expert kept the warranty rules which respect the interests of the other party. These rules ensure the right to inform the other party and also ensure the other party to make comments. With regard to the fact that very short time has passed since the entry into force and there is no judicial practice regarding the private experts, but presumably the experts appointed by courts and notary publics will keep their primacy regarding their force of proof. 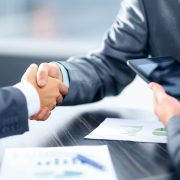 In Hungary basically we can differentiate three different forms of settling legal disputes in connection with construction and design contracts. These possible claim enforcements are as follows: out of court dispute settlements (reconciliation between the parties in front of Dispute Adjudication Boards /DAB/, or via payment order procedure), in front of an ordinary state court via civil lawsuit, or in front of Hungarian or international arbitration courts.

In Hungary most of the construction lawsuits can last up to several years in front of ordinary courts, as long as the parties receive the final and definitive sentence. With regard to this fact in certain nominated cases (where the occurrence of the completion or its certification is disputable, or the completion is not disputable but payment has not been carried out, or there is a dispute in connection with the financial guarantees – mortgage, bank guarantee etc. – ensuring employer payment) there is an opportunity to turn to the Completion Validation Expert Organization attached to the Hungarian Chamber of Commerce since 2013, which can issue an expert opinion within 60 days upon request. As long as any of the parties do not agree with the expert report, there is a possibility to turn to court within 60 days following receipt of the expert report, and the court should have an accelerated procedure taken into consideration the report of the Completion Validation Expert Organization in a way as it would have been made by a forensic expert delegated by the court. These legal procedures last definitely shorter than other legal procedures in construction cases.

There is an opportunity to settle disputes out of court. It can be an agreement between the contracting parties, a written agreement, but in case of the consent of the contracting parties, even third parties, organizations dealing with out of court legal disputes or persons can be involved. In the latter case for instance a mediator can facilitate the settlement between the parties, or the conciliatory body beside the Hungarian Chamber of Commerce, but the decision of the latter can only be mandatory for the parties if they assumed it in writing at the beginning of the procedure to subject themselves to the decision of the conciliatory body. In connection with out of court dispute procedure it should be mentioned that as far as the parties accepted the application of one of the FIDIC-contract samples as they are to proceed according to the dispute settling rules included in it. In this regard we are only referring to the role of Dispute Adjudication Board.

An order for payment in front of a notary public has a special temporary character between out of court and litigation dispute. Except for certain cases, this procedure shall start in cases where the claim does not exceed HUF 3,000,000 (EUR 9,800). This procedure cannot be started if the amount of the claim is over HUF 30,000,000 (approx. EUR 98,000). You can initiate this procedure electronically in which the formal but not the substantive checking of the claim, the notary public releases a payment notice for the person indicated as the debtor in order to accomplish his payment obligation within 15 days, or if he does not agree with the claim to initiate a protest within 15 days at the notary public. In the case of the protest of the debtor, the creditor can initiate a civil law suit within 15 days in front of the competent court, thus the out of court procedure will be transferred to court procedure. 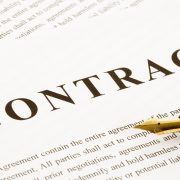