You are here: Home / News / Frankfurt

International management consultancy Synpulse has two new partners. The appointments are a result of strong growth in the company’s business with banks and insurers in Singapore and Hong Kong.

Synpulse has appointed Prasanna Venkatesan and Salomon Wettstein as new partners, according to a news release on Thursday. The firm also announced that Yves Roesti has joined its team of managing partners.

In 2015, he was appointed partner. Under his leadership, Synpulse grew the team in Asia to 150 consultants across three key markets – Singapore, Hong Kong and Australia. In particular, Roesti has been promoting banking operating model transformations and digital roadmaps.

Wettstein joined Synpulse in 2011. He holds a Master in Computational Science and Engineering at the Swiss Institute of Technology (ETH) in Zurich. Wettstein heads the Hong Kong office and oversees the banking practice in the Greater China region. He manages strategic business and technology transformations for clients in that region and is part of the global Operational Excellence leadership team.

Venkatesan also started his career at Synpulse in 2011 and is based in Singapore. He holds an MBA from the Nanyang University of Technology (NTU) in Singapore. He specializes in consulting for the private banking sector in the areas of advisory excellence, large scale transformation and leads the regulatory, risk and compliance practice in Asia.

Since its founding in 1996, Synpulse has supported banks and insurers along the entire value chain – that is from the development of strategies and their operational realization to technical implementation and handover. Synpulse stands out due to the industry expertise, passion and commitment of its more than 350 employees. The firm has offices in Zurich, Geneva, Dusseldorf, Frankfurt, Bratislava, Vienna, Singapore, Hong Kong, New York and London. 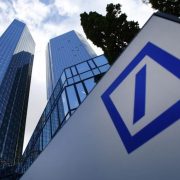 Deutsche Bank has moved almost half of its euro clearing business from London to Frankfurt because of Brexit, with all new business set to be cleared via Frankfurt.

Euro clearing is the system through which euro-based financial transactions are settled, and London is known as a leader in the clearing business. Clearing house LCH, owned by the London Stock Exchange, previously dominated the market, processing almost £900bn in deals per day.

However, since the Brexit vote, European rivals, including Deutsche Borse-owned Eurex, have been making moves to steal London’s crown. France’s finance minister Bruno Le Maire said last year that Brexit could be an opportunity for Eurozone states to take control of clearing and a 2016 report by consultancy firm EY suggested that a departure of euro clearing could cost 83,000 jobs in the City.

Deutsche’s decision to relocate clearing activities has not had an impact on UK jobs. Effectively, the move means the bank will push a different button to route the clearing to Eurex.

A spokeswoman for Eurex said that it now has a market share of 8 per cent of euro clearing, up from virtually zero a year ago.

The group said in 2017 that it was committed to the UK, as it signed the lease on a new London headquarters, taking on space at new City site 21 Moorfields for 25 years.

However, the lender said earlier this year that it planned to cut more than 7,000 roles in an effort to reduce costs, putting City jobs at risk – the bank employs 8,000 people in London.

The job cuts followed the ousting of John Cryan as CEO in April, which came after three years of losses at the bank. Mr Cryan was replaced by Christian Sewing, who said Deutsche needed to focus on what it does best, with the result that the total number of staff at the group would fall from 97,000 to “well below” 90,000. 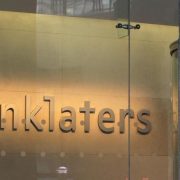 Linklaters will open its fifth office in Hamburg in the first quarter of this year to capitalise on an increase in banking work for German clients.

The firm has made no lateral hires with the launch, instead transferring two existing partners from Frankfurt and Dusseldorf.

Linklaters LLP is a multinational law firm headquartered in London. Founded in 1838, it is a member of the “Magic Circle” of elite British law firms. It currently employs over 2,000 lawyers across 29 offices in 20 countries.

In 2016, Linklaters achieved revenues of £1.31 billion ($1.97 billion) and profits per equity partner of £1.45 million ($2.2 million), making it the world’s fourth highest-grossing law firm, and the most profitable member of the Magic Circle. In the UK, the firm has top-tier rankings across many practice areas, including corporate/M&A, capital markets, litigation, banking and finance, restructuring and insolvency, antitrust and tax. Linklaters counts more FTSE 100 companies among its clients than any other law firm. For direct deals by institutional investors in the first half of 2016, Linklaters tied for first place. In the 2012 Global Elite Brand Index, Linklaters was named the third strongest global law firm brand.