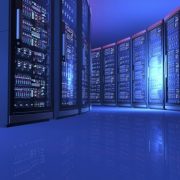 China has overtaken the US to have the most supercomputers in the list of the world’s fastest 500 systems.

The communist nation accounted for 202 of the globe’s highest performance machines, according to the latest Top500 survey.

By contrast, the US had 143. That marks its lowest level since the bi-annual study began, 25 years ago, but still secured it second place.

Japan placed third with 35 systems, and Germany fourth with 20.

In the previous survey, published in June, the US still had a lead of 169 supercomputers to China’s 160.

The reversal of fortunes reflects China’s increased investment in research and development – according to a recent study, the country now accounts for about 20% of the world’s total R&D expenditure.

Performance is measured in petaflops (one thousand trillion floating point operations per second).

A flop can be thought of as a step in a calculation.

China’s fastest computer – the Sunway TaihuLight – maintained its lead as the world’s speediest, performing at 93 petaflops.

By contrast, the US’s fastest – Titan – ranks fifth in the world, with a maximum performance of 17.6 petaflops.

The list’s authors said the latest figures also indicated China had overtaken the United States in terms of aggregate performance, accounting for 35.4% of the list’s total processing power versus the US’s 29.6%.

Erich Strohmaier – one of the survey’s co-founders – told the BBC that many of the Chinese systems had been created to earn money, with the owners renting out their processing power to local and international firms.

“At the very high end – the systems in the top 10 – those are there for two reasons,” he added.

“One is simply the prestige attached with [being in the lead] in a market that used to be a prime example of US technology dominance.

“The other is to do with scientific exploration and national security – a lot of these systems are used for calculations related to weapons systems.”