DLA Piper has obtained two landmark decisions on central broadcasting law issues for ProSiebenSat.1 TV Deutschland GmbH and Sat.1 SatellitenFernsehen GmbH in a dispute with the state media authorities of Rhineland-Palatinate (LMK) and of Hesse (LPR) at the Federal Administrative Court (BVerwG).

The appeal proceedings concerned the legality of the license for the nationwide television channel SAT.1. This licence has been granted to ProSiebenSat.1 TV Deutschland GmbH by the state media authority of Hamburg/Schleswig-Holstein (MA HSH). It was issued under the condition that the previous licence for SAT.1, which has been granted by the LMK in 2008, is returned by its current holder Sat.1 SatellitenFernsehen GmbH.

The decisions have fundamental importance. In 1997 the Federal Administrative Court had confirmed such ultimate responsibility of the state media authorities on basis of the Interstate Broadcasting Treaty in force then and in view of constitutional protection duties. Yet, the Federal Administrative Court no longer adheres to this in view of amendments to the Interstate Broadcasting Treaty which came into force mainly in 2008. Rather, in the opinion of the Federal Administrative Court, the current licensing and supervisory precludes ultimate responsibility of the individual state media authorities when it comes to licensing of nationwide broadcasters. With the new regulation the decision on the licensing of nationwide broadcasters had been transferred to joint bodies of the state media authorities, in particular the Commission for Licensing and Supervision (ZAK), which makes binding decisions with the majority of its legal members.

Moreover, the Federal Administrative Court did not follow the constitutional objections raised by the state media authorities against the reorganisation of media supervision introduced in 2008. The fact that the pluralistically composed decision-making bodies of the state media authorities lost a considerable amount of importance is compatible with the requirements of Article 5 (1) sentence 2 of the German constitution as well as with the principles of federalism and democracy. 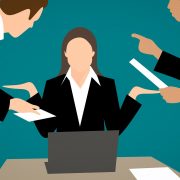 A Hogan Lovells team from New York, Washington DC, and Northern Virginia have secured a major win for BASF in a three-week jury trial in the Eastern District of Virginia.

The case was one of the largest patent disputes in the United States, involving 350 claims from 17 patents and five different patent families. The underlying technology at issue involves the ability to use plants to make health-critical omega-3 fatty acids (now primarily available through fish products). Australian entities CSIRO, Nuseed, and GRDC sought royalties through December 2034.

Hogan Lovells defeated claims involving 13 patents through successful pre-trial claim construction, and by succeeding at trial in demonstrating to the jury the invalidity of certain patents, and co-ownership of others stemming from a previous collaboration. For the four remaining patents with terms expiring in 2025, the team persuaded the court not to issue an injunction and define a royalty rate a fraction of that sought.

“We are pleased to have obtained such a strong result for BASF,” said Hogan Lovells partner Arlene Chow. “One of the interesting aspects of this case is the team that went to trial was a strongly diverse team at both the partner and associate level. In a day and age when clients say they are looking for diverse legal representation, we are pleased that BASF supports diversity in high stakes matters.”