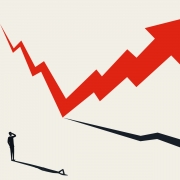 A new report published by the Net Zero Infrastructure Industry Coalition explores the scale of infrastructure change needed to achieve net zero heat. The challenge is such that urgent action is required, but the transition to net zero heat offers tremendous opportunities and could lead to the development of completely new industries offering large scale employment and economic growth across the UK.

Written by a group of forward-thinking UK businesses and public sector organisations, The Path To Zero Carbon Heat report provides pathways for decarbonising the heating of Britain’s homes and workplaces by 2050 – responsible for 20% of the UK’s greenhouse gas footprint. It presents three possible scenarios and highlights the need for government to make early decisions about the paths to take and set supporting regulation:

The report does not prescribe a specific route to net zero heat, but all scenarios considered present challenges. All require taking technologies such as CCS and auto-thermal reforming from pilot stage or infancy, through to readiness in the late 2020s, through to mass deployment starting in 2030 and continuing to 2050. This represents an enormous challenge in infrastructure deployment previously unseen in the UK.

The development of infrastructure will need to be accelerated quickly and maintained. For example, the massive scale of electrical generation capacity as part of the electrification scenario represents deployment of renewable technology at close to 10GW/year – scales of deployment with few historic precedents. Deployment for end user heating systems themselves will also happen at a tremendous rate with conversions of over one million sites in each year in some scenarios.

The changeover to Net-Zero heat requires a complex mixture of national, regional and city involvement, systems thinking and extensive digitalisation. Getting this mixture right could radically reduce cost and delivery times, and requires all stakeholder to take action in the near term.

New skills need be developed, with a refocus of existing expertise. This will require a change in mindset, to think ahead of time and put in place the infrastructure to develop those skills.

Ross Ramsay project manager for the coalition said: “The technology, skills and know-how to decarbonise heat will be in demand globally. This scale of investment in decarbonising the heating of over 25 million UK homes, plus non-domestic buildings, will create new industries, jobs and apprenticeships at scale, and place Britain at the forefront of the race to Net Zero.”

Our report chimes with the findings of the CBI’s (the CBI have been part of the steering group for this project) own forthcoming report on net-zero heat which also highlights the requirement for urgent action and the potential opportunity of green recovery,” Ross continues.

The Path To Zero Carbon Heat has been led by Mott MacDonald with support from a working group comprising Energy Systems Catapult, Engie, Leeds City Council, National Grid, Pinsent Masons, Delta-EE, University of Leeds, the UK Collaboratorium for Research on Infrastructure and Cities (UKCRIC) and the UK Green Building Council.