‘The best approach for a judge to adopt in the trial of a commercial case is, in my view, to place little if any reliance at all on witnesses’ recollections of what was said in meetings and conversations, and to base factual findings on inferences drawn from the documentary evidence and known or probable facts.’ Guestmin SGPS S.A. v Credit Suisse (UK) Ltd [2013, applied in Rainey v Weller & Ors [2021] – a Will forgery claim (see below).

Therefore, in a contentious probate case and thinking like a judge, to assist the court and as part of elementary case-preparation, counsel should draft a Chronology after reading the papers, i.e., before connecting the dots, in order to arrive at an overall conclusion based upon inferences drawn from the documentary evidence and known or probable facts.

While an advocate cannot win a case using logic alone, assisting the judge to make findings of fact based upon inferences drawn from the documentary evidence and known or probable facts, is the metier of advocacy in contentious probate trials, and an essential technique in drafting a Skeleton Argument, and delivering a compelling final speech at trial.

To see the big picture as early as possible, apply Keith Evans’ original golden rule of case preparation and planning, which is:

Another useful technique to focus your mind, is as early you can, to draft the order you will seek at the end of the trial.

‘[Counsel] cited, as to the burden of proof, Face v Cunningham [2020] EWHC 3119 (Ch) where His Honour Judge Hodge QC sitting as a Judge of the High Court at [46] said: “…where the forgery of a will is alleged, then the ultimate burden of proving that the will is not a forgery must rest on the party propounding the will, as part of the formal requirements of proving that the will was duly executed by the testator and was duly witnessed.” It is therefore for the Defendants to establish, on the balance of probabilities, that the signature of [the deceased Testator] on the [disputed] Will was genuine. In closing submissions I said to [Counsel] and the Defendants that in my approach to the evidence I would very much have in mind the well-known paragraphs 15-22 in Guestmin SGPS S.A. v Credit Suisse (UK) Ltd [2013] EWHC 3560 (Comm) where Mr Justice Leggatt as he then was set out the difficulties of recollection based oral evidence, and the importance of documentary evidence.’

In Guestmin Mr Justice Leggat (as he then was) stated;

‘An obvious difficulty which affects allegations and oral evidence based on recollection of events which occurred several years ago is the unreliability of human memory.

While everyone knows that memory is fallible, I do not believe that the legal system has sufficiently absorbed the lessons of a century of psychological research into the nature of memory and the unreliability of eyewitness testimony. One of the most important lessons of such research is that in everyday life we are not aware of the extent to which our own and other people’s memories are unreliable and believe our memories to be more faithful than they are. Two common (and related) errors are to suppose: (1) that the stronger and more vivid is our feeling or experience of recollection, the more likely the recollection is to be accurate; and (2) that the more confident another person is in their recollection, the more likely their recollection is to be accurate.

Underlying both these errors is a faulty model of memory as a mental record which is fixed at the time of experience of an event and then fades (more or less slowly) over time. In fact, psychological research has demonstrated that memories are fluid and malleable, being constantly rewritten whenever they are retrieved. This is true even of so-called ‘flashbulb’ memories, that is memories of experiencing or learning of a particularly shocking or traumatic event. (The very description ‘flashbulb’ memory is in fact misleading, reflecting as it does the misconception that memory operates like a camera or other device that makes a fixed record of an experience.) External information can intrude into a witness’s memory, as can his or her own thoughts and beliefs, and both can cause dramatic changes in recollection. Events can come to be recalled as memories which did not happen at all or which happened to someone else (referred to in the literature as a failure of source memory).

Memory is especially unreliable when it comes to recalling past beliefs. Our memories of past beliefs are revised to make them more consistent with our present beliefs. Studies have also shown that memory is particularly vulnerable to interference and alteration when a person is presented with new information or suggestions about an event in circumstances where his or her memory of it is already weak due to the passage of time.

The process of civil litigation itself subjects the memories of witnesses to powerful biases. The nature of litigation is such that witnesses often have a stake in a particular version of events. This is obvious where the witness is a party or has a tie of loyalty (such as an employment relationship) to a party to the proceedings. Other, more subtle influences include allegiances created by the process of preparing a witness statement and of coming to court to give evidence for one side in the dispute. A desire to assist, or at least not to prejudice, the party who has called the witness or that party’s lawyers, as well as a natural desire to give a good impression in a public forum, can be significant motivating forces.

Considerable interference with memory is also introduced in civil litigation by the procedure of preparing for trial. A witness is asked to make a statement, often (as in the present case) when a long time has already elapsed since the relevant events. The statement is usually drafted for the witness by a lawyer who is inevitably conscious of the significance for the issues in the case of what the witness does nor does not say. The statement is made after the witness’s memory has been “refreshed” by reading documents. The documents considered often include statements of case and other argumentative material as well as documents which the witness did not see at the time or which came into existence after the events which he or she is being asked to recall. The statement may go through several iterations before it is finalised. Then, usually months later, the witness will be asked to re-read his or her statement and review documents again before giving evidence in court. The effect of this process is to establish in the mind of the witness the matters recorded in his or her own statement and other written material, whether they be true or false, and to cause the witness’s memory of events to be based increasingly on this material and later interpretations of it rather than on the original experience of the events.

It is not uncommon (and the present case was no exception) for witnesses to be asked in cross-examination if they understand the difference between recollection and reconstruction or whether their evidence is a genuine recollection or a reconstruction of events. Such questions are misguided in at least two ways. First, they erroneously presuppose that there is a clear distinction between recollection and reconstruction, when all remembering of distant events involves reconstructive processes. Second, such questions disregard the fact that such processes are largely unconscious and that the strength, vividness and apparent authenticity of memories is not a reliable measure of their truth.

In the light of these considerations, the best approach for a judge to adopt in the trial of a commercial case is, in my view, to place little if any reliance at all on witnesses’ recollections of what was said in meetings and conversations, and to base factual findings on inferences drawn from the documentary evidence and known or probable facts. This does not mean that oral testimony serves no useful purpose – though its utility is often disproportionate to its length. But its value lies largely, as I see it, in the opportunity which cross-examination affords to subject the documentary record to critical scrutiny and to gauge the personality, motivations and working practices of a witness, rather than in testimony of what the witness recalls of particular conversations and events. Above all, it is important to avoid the fallacy of supposing that, because a witness has confidence in his or her recollection and is honest, evidence based on that recollection provides any reliable guide to the truth.’

In Rainey v Weller & Ors [2021], the judge accepted the expert evidence of the Claimant’s handwriting expert, observing that the expert:

‘expresses a more positive view on the scale they both worked to that the signature on the [disputed] Will was not that of [the deceased Testator]. Thirdly, but at the very bottom of my scale of expert witness factors/considerations, is that [‘C’s expert] just edges [‘D’s expert] in his credentials, although I place very little weight upon that. … The totality of [his expert] evidence is unassailable in my judgment.’

In finding that the disputed will was a forgery the Judge made findings of fact based upon inferences drawn from the documentary evidence and known or probable facts, which included: 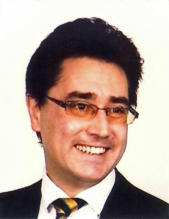