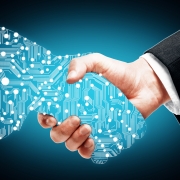 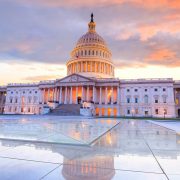 Pozen is is the co-head of the firm’s global Antitrust group. She has extensive experience in both government and private practice. Over the course of her career, Pozen has held senior positions at General Electric, the US Department of Justice and the US Federal Trade Commission. She joined the firm as partner in May 2019.

Matthew Layton, Clifford Chance Managing Partner offers, “Given Sharis’ exceptional legal skills and broad leadership experience, we’re excited to bring her perspectives to our leadership group as we execute our strategy and plan for the future. With her addition, we continue to see the diversity of this group grow. Such variety of voices and perspectives only strengthens our firm, and this is equally true at leadership level. I very much look forward to collaborating with Sharis over the coming years.”

The WLG undertakes two formal reviews of the firm’s strategy each year. Pozen will join these meetings, as well as other relevant ELG sessions, including those hosted by the Americas. She will serve a term of two years.

Pozen has also been appointed to Clifford Chance’s Americas Management Committee, which is responsible for strategic and business planning, operational performance and financial management of the firm in the Americas region. 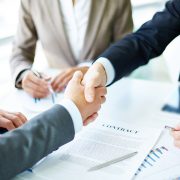 Avonhurst today announced four new associate hires, cementing the rapid growth that has characterised its first year. Senior associate Joshua Swerner joins the firm from Linklaters, where he spent time in the London and Moscow offices; Tanya Macrae joins from Allen & Overy (Brussels and London) and has worked at both Latham & Watkins and Herbert Smith Freehills; Oliver Elsaesser joins as an associate from Paul Hastings and Katja Loncaric joins from the London office of Norton Rose Fulbright, having previously worked in Clifford Chance’s Frankfurt office.

These have been complemented by the additions of high yield specialist Albert Aharonian (previously at Milbank, Paul Hastings and Sidley Austin), and political expert Jessica Turner who is a US lawyer having joined out of law school and has extensive experience including working on Capitol Hill, Washington DC and at the House of Commons in London.

Jonathan Bloom, Chief Executive of Avonhurst, comments: “We are delighted to welcome Joshua, Tanya, Oliver and Katja to the firm. While we are justifiably proud of our ability to attract established partner talent, we recognise that our long-term sustainability as a leading adviser to sophisticated capital clients requires excellence at every level. We are committed to attracting, nurturing and growing the very best associates.

“Our new hires bring valuable UK and international experience in corporate, antitrust, leveraged, export credit, trade and asset-backed finance, financial services and capital markets, honed at some of the biggest and best law firms in the world. They will work alongside our market-leading partners and advisers to ensure our clients get top-level service across legal, legislative and political advisory, and capital services.”

Launched in 2019, Avonhurst is dedicated to meeting the changing needs of sophisticated capital by providing a bespoke offering comprising legal advisory, political strategy and capital services. A group of market-leading founders and influencers from the legal world have created a revolutionary advisory business dedicated to helping funds, capital providers, corporate borrowers and issuers, and secured lenders, navigate the complexities of ever-changing markets. 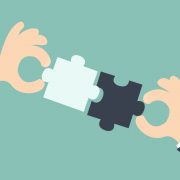 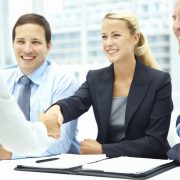 International law firm Clifford Chance has been ranked 19th in this year’s Stonewall Top 100 Employers List for 2020 – the sixth highest law firm in the list.

Now in its 16th year, the list celebrates the pioneering efforts and commitments of leading organisations to LGBT workplace inclusion. This year’s list, which was the largest ever with 503 employers entering, was developed using submissions to the Workplace Equality Index, a powerful benchmarking tool used by employers to create inclusive workplaces.

Toby Horner, Co-Chair of Clifford Chance’s LGBT+ & Allies Network ARCUS, said: “This result reflects our inclusion efforts at every stage from entry level recruitment through to reverse mentoring members of our Executive Leadership Group. Collaboration is core to our work and we have focused more than ever on our LBT strategy – an area which can often be overlooked. Whilst we still have steps to take to represent the full spectrum of LGBT diversity within the firm, we are committed to keeping our foot on the pedal and removing barriers wherever possible.”

Michael Bates, Clifford Chance UK Managing partner, comments: ”We are delighted that our commitment to maintaining an inclusive environment for our people has been recognised in this year’s Stonewall index. However, we cannot afford to be complacent. We know that there is more work and campaigning to be done to provide a workplace and society where people can be their full authentic selves, without fear of exclusion or discrimination.”

Clifford Chance’s inclusion in the index complements the firm’s extensive portfolio of global LGBT initiatives including: the ARCUS reverse mentoring scheme with the firm’s senior management team; the annual Pride Art exhibition that celebrates LGBT pride and fosters diversity and inclusion; and the commissioning of the largest piece of research on LGBT wellbeing with Trendence, Deutsche Bank, the University of York and National Student Pride.

Further information on Clifford Chance’s commitment to LGBT+ rights and equality can be found in its annual Responsible Business Report, which the firm publishes in accordance with the United Nations Global Compact.

If you would like to find out more information, please visit: https://www.stonewall.org.uk/ 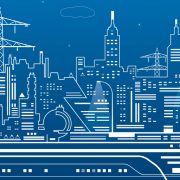 The Awards were overseen by an independent judging panel, comprising:

The winners and finalists for each category in the 2019 Awards are as follows:

Project of the Year: Westconnex

In addition, John Holland’s Simon Lehman won the Future Infrastructure Leader of the Year Award. Infrastructure Partnerships Australia said that Mr Lehmans’ profile stood out to the judging panel amongst all the other entries because of his extraordinary commitment to the infrastructure sector.

The judges found that Mr Lehman has proven to be a major asset and path-breaking engineer for the John Holland rail team. His on-the-job mentoring of younger team members and his exceptional work at the forefront of infrastructure delivery was exemplary.

The judges praised Ms Davidson for consistently delivering outstanding business cases for Major Road Project Victoria and developing an impressive reputation for her innovative thinking and professionalism as a female engineer at the forefront of infrastructure delivery.