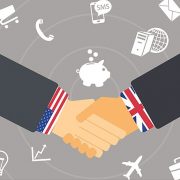 The magic circle firm has long desired a US merger and talks are thought to have been progressing for a number of months with senior partner Wim Dejonghe and managing partner Andrew Ballheimer thought to be running the talks.

A&O has made several overtures towards the US in recent years, breaking its lockstep for the first time to bring in several US partners nearly two years ago.

Since then, rumours of need to expand in the US had circulated with O’Melveny frequently mentioned as a merger candidate for the magic circle firm.

A spokesperson for A&O said: “While we have said for several years that we are open to considering a merger with the right partner in the US, we talk to many law firms in many countries all of the time and we do not comment on market speculation and rumours regarding any particular firm.”

A&O has hired from O’Melveny in the past, bringing in Barbara Stettner, Chris Salter and Charles Borden as partners in July 2011 to open the firm’s Washington DC office. Five years earlier, A&O turned to O’Melveny when hiring banking partner Elizabeth Leckie to bolster its New York office.

One West Coast-based partner at a rival firm told Advisory Excellence: “Everyone knows it’s been A&O’s strategy for a while to expand their global footprint. They need to do something, A&O hasn’t got the US presence that it would ideally like.”

“Does it surprise me?” added the partner. “No.”

While rumour has circulated for several years over A&O’s US expansion plans, the firm was thought to have been cool on the idea of merger.

Market sources indicated that Shearman & Sterling was being touted for a potential major US tie-up, though Ropes & Gray and Fried Frank had also been mentioned in the same vein.

Of its existing US relationships, A&O is thought to work frequently with Fenwick & West, primarily on intellectual property matters.

A spokesperson for O’Melveny said: “We have no plans to merge and never have.”