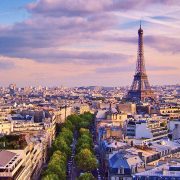 On 23 November 2017, the French Cour de Cassation (second civil room of the French Supreme Court dedicated to private cases) ruled, by a literal and traditional construction of Article L. 213-5 of the French monetary and financial Code, that the characterization of bond (obligation) is not conditioned on the guarantee of repayment at par. Bonds that are not capital guaranteed remain nevertheless bonds.

In the previous instance, on 21 June 2016, the French Court of appeal of Paris ruled, on the contrary, that repayment at par was included as an essential feature in the concept of bond (obligation). This position was held to protect consumers, in a context where they have subscribed for life insurance based on non-capital guaranteed products, and they have not get back, at least, what they have invested.

It has to be mentioned that insurance companies are sometimes sellers in the secondary market of bonds (obligations i.e. titres financiers), that the market calls structured products. This implies that the performance of the bond is linked to an underlying which can be volatile and sometimes the capital invested is not guaranteed. In a way, non-capital guaranteed structured obligations can economically be similar to derivatives (contrats financiers) and this may result in massive losses. In such circumstances, the insurance company has to ensure, when such bonds / structured products are sold to consumers repackaged as life insurance, that the advisory and the information obligations are fully complied with.

When we are in presence of bonds that are not capital guaranteed, the characterization of bond is then not only crucial for insurance companies but also for issuers, subscribers, and holders for other regulatory purposes.

The current position of the French Cour de Cassation will reassure the bond market as a whole.