In the year 1999, American business magnate, software developer, and investor, Bill Gates was all about the hustle, penning a number of books about business and the future of technology. One such book, included a series of predictions, and many of them were spot on.

The most notable prediction about the future of technology was about something most of the world’s population now take for granted: mobile phones and other smart devices.

Gates wrote, “People will carry around small devices that allow them to constantly stay in touch and do electronic business from wherever they are,” Gates continued, “They will be able to check the news, see flights they have booked, get information from financial markets, and do just about anything else on these devices.” 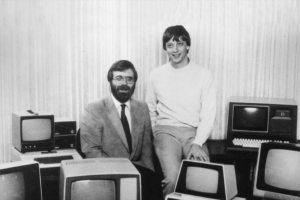 Many of Gates’ predictions proved to be spot on, as today even the most basic Android device can do all of the above and much more, with business people around the globe running virtually their entire business from just one small screen.

Bill Gates founded the Microsoft Corporation in 1975, while Amazon and Google were launched in the 90s as the internet boom was taking place. They are now three of the four most-valuable companies in the United States of America. Gates is worth an estimated £100 billion.