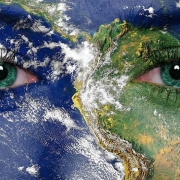 Hogan Lovells associates Sengova Kailondo and Ademola Bamgbose have been named in The EMpower Top 100 Ethnic Minority Future Leader Role Models 2020, which celebrates the achievements of black, Asian and minority ethnic (BAME) business leaders who are helping to make the workplace a more welcoming place for ethnic minority employees.

At Hogan Lovells, London-based banking associate Sengova is an active member of the Steering Committee of our Multicultural Network, as well as our newly established employee network, Race and Ethnicity at Hogan Lovells (REAHL). REAHL focuses on the progression, retention and inclusion of BAME employees.

His efforts helped see an increase in the recruitment of employees from BAME and lower socioeconomic backgrounds. Further, Sengova mentors BAME students through firm programmes in collaboration with Rare Recruitment, a specialist diversity recruitment company, and has spoken on numerous panels to hundreds of students.

He also works with Urban Synergy, an organisation that helps young people reach their full potential, where he inspires students to pursue careers in the City. In addition, he is co-treasurer of NOTICED, the UK’s first inter-firm D&I network aimed at promoting networking opportunities to celebrate diversity across the legal sector.

International arbitration associate Ademola also sits on the steering committee of both our REAHL and Multicultural Networks at Hogan Lovells. Admitted to practice in Nigeria, England and Wales, he has previously undertaken a litigation secondment at a FTSE 100 company in London and spent some time at the ICC Court of Arbitration in Paris and a leading commercial law firm in Lagos.

He regularly features on leading media platforms and contributes to the discourse on diversity especially in international arbitration.

All those listed were nominated by peers and employees. Nominations were then reviewed by EMpower’s judging panel, which included head of Yahoo Finance UK Lianna Brinded. The panel scored nominees on: the influence of their role; their impact on ethnic minority inclusion inside and outside the workplace; and their business achievements.