Government relations is defined as the process of influencing public policy at all levels of governance: local, regional, national, and even global. Government relations aims to persuade government officials to change or maintain policy to more effectively fit the needs of a particular group.

“Just as traders started to catch their breath from years of uncertainty on tariffs and trade restrictions, they were hit with a raft of other problems, from greater demands on global logistics, supply chain visibility, and accountability to forced labour reporting requirements and evolving climate requirements,” said Nicole Bivens Collinson, President, International Trade and Government Relations, for ST&R. “But ST&R has continued to expand and evolve to help clients face trade challenges for nearly 45 years, and adding a top-notch professional like Angela will help us continue that success.”

Angela also has extensive corporate experience, including nearly 15 years with Walmart Stores in a variety of roles, including vice president for international government affairs where she led the company’s external engagement in 40+ retail, ecommerce, and sourcing countries. Throughout her career she has also launched innovative projects for public-private supply chain capacity building focused on transparency, safety, and agricultural development.

Angela Marshall Hofmann began her career in the United States Senate, where she served first as trade legislative counsel for Sen. Max Baucus of Montana and later as international trade counsel for the Finance Committee. She also served as president of the Organisation of Women in International Trade, leading 25 chapters and 2,000+ members around the globe, from 2010 to 2013. 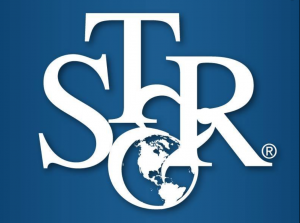