Stricter compliance for working of patents in India

You are here: Home / News / Patents / Stricter compliance for working of patents in India

The grant of a patent is a contract between the patentee and the government according to which the government grants the patentee the monopoly over such invention’s commercial exploitation for a period of 20 years in return, the patentee has to work such invention on a commercial basis to benefit the society. It is for this reason that Section 146 was included in the Indian Patents Act, 2005. This section makes it mandatory for a patent holder to submit the details of the working of the patent in India, to the Controller of Parents. The patentees have to submit form 27 giving such information, the failure to do so may attract penalties specified in Section 122 of the Act.

The High Court perused the submissions and held that in no case could it be stated that the information regarding the working of patent is confidential, it was necessary for such patentee and/or licensee to furnish such information to the Controller of Patents. This decision is in the interest of the public at large, since the patentees/licensees not working the patent in sufficient quantity will come to light. Furthermore the entities that have obtained compulsory licenses will have to prove that them obtaining the license has indeed resulted in more commercial exploitation of the patent for the interest of the public. The matter was adjourned by the High Court to confirm with the Controller of Parents the numbers of cases in which patentee are yet to comply with section 146. 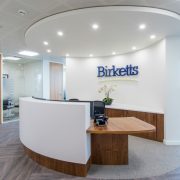 Legal Issues arising from a Technical Expatriate’s Business in Nigeria
This site uses cookies: Find out more.
Scroll to top