Roland Sanchez-Medina Jr. is our exclusively recommended Corporate Law expert in Florida on the Advisory Excellence website. If you need assistance in this area, please contact Roland directly using the contact details listed above. 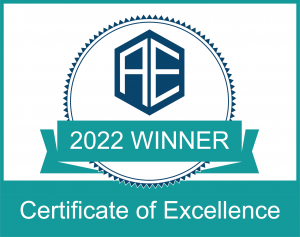 Roland is a partner who focuses his practice in the areas of corporate and securities law, including mergers and acquisitions, corporate structuring / restructuring, board governance, domestic and international commercial transactions, commercial and residential real estate transactions, tax and estate planning, and other general transactional services.

Our attorneys have extensive experience in handling matters for key industries, including financial, banking and insurance services, real estate, healthcare, manufacturing and industrial, telecommunications and entertainment, having represented a number of Fortune 500, publicly traded and privately held businesses, as well as high-net worth individuals. Being located in a gateway city such as Miami, we represent clients in transactions and legal proceedings both domestically and abroad. The firm enjoys client relations throughout the United States, Latin America, Europe, the Middle East and Asia.

Terry Eve is our exclusively recommended SME CFO Consulting expert in Florida on the Advisory Excellence website. If you need assistance in this area, please contact Terry directly using the contact details listed above.

Terry has over 30 years of progressive financial and operational management experience in a broad array of industries involving companies with operations ranging from start-up to in excess of $400 Million in revenues. Terry’s career includes both domestic and global companies including international financial management as an expatriate on two separate continents.

Sustainable, profitable, growth sums up Terry’s outlook on the objectives of growing businesses. Developing the firm’s strategic plans and organising the related financing required to achieve that growth are an integral part of the CFO’s responsibility. Terry’s strategic perspective and extensive background helps entrepreneurs solve their business problems through business planning, execution and accountability. Terry also assists business owners maximise company value along with development and execution of exit strategies.

Terry is a hands-on professional financial manager with a demonstrable track record of success. His accomplishments include oversight and development of key company metrics impacting finance, sales and operations, the ability to report accurate & timely financial information and to help senior management interpret that information to impel and direct operations management to the attainment of the organisations mission and vision.

Terry also has an extensive background in financial information systems with platforms ranging from Quick Books to Oracle Financials and many mid-market accounting systems in between.

Terry Eve has a B.B.A. in accounting from Florida Atlantic University in Boca Raton, Florida and has been a resident in the Jupiter-Tequesta Florida area since 1973 where he presently lives with his wife Brenda. When not involved in assisting his clients, Terry enjoys the Florida lifestyle including boating, fishing and golf.

Jeremy Sloane is our exclusively recommended Commercial Law attorney in Florida on the Advisory Excellence website. If you need assistance in this area, please contact Jeremy directly using the contact details listed above.

Jeremy is a corporate and tax attorney and a founding partner of the firm. He believes firmly in the notion that the attorney-client relationship is and should be one of the most important relationships any business person can have and that it should be built on mutual respect, empathy, trust, reliability and shared values. To that end, Jeremy’s clients tend to be not only long-time clients, but also long-time friends. There is nothing more gratifying to him than knowing that he contributed to the success of a client or that he helped resolve a significant legal issue, and this is primarily what drives him to work so hard and devote the time and passion he devotes to his practice.

Jeremy Sloane acts as outside general counsel to a variety of businesses, in addition to advising entrepreneurs, emerging growth and middle market businesses on business and commercial transactions, including complex commercial contracts, mergers and acquisitions, corporate matters, private equity and venture capital transactions, corporate reorganisations, real estate fund formation, and capital-raising transactions. Jeremy also advises domestic and international clients on U.S. corporate, partnership, international, income and other tax-related matters, ranging from structuring their domestic and international activities in a tax-efficient manner to defending their tax controversy matters. He brings a unique perspective to his clients in that he possesses significant international and in-house experience, large law firm transactional experience, and has litigated numerous commercial disputes. Before founding the firm, he practiced in-house with a Fortune 50 corporation, in the Tax Group at DLA Piper and in the Corporate Group at Akerman.

We are a boutique business law firm driven by big firm experience and small firm values. Our lawyers possess business experience outside of the practice of law and many possess advanced degrees in addition to law degrees, giving us a perspective that is not based solely on that of a lawyer.

Our partners have practiced law at some of the largest and most respected law firms in the world and we consist of a team of highly qualified, well-experienced and devoted attorneys and professionals who care deeply about our clients, their businesses and objectives, and the level of service we provide to them.

Jose Baez is our exclusively recommended Criminal Defence expert in Florida on the Advisory Excellence website. If you need assistance in this area, please contact Jose directly using the contact details above.

Jose is an experienced trial lawyer who has represented clients in the full range of criminal and civil cases. He is best known for “shocking the world” in what TIME Magazine dubbed the “Social Media Trial of the Century”.

Mr. Baez’s practice has a particular emphasis on representing clients in complex and high-profile criminal and civil cases. However, many of Mr. Baez’s successes never make it into the spotlight as he has represented celebrities and athletes who prefer anonymity. This is where his knowledge and experience with the media helps best serve his clients.

In order to more effectively cross examine many forensic experts, Mr. Baez finds it important to learn the science himself. That is why he has completed hundreds of hours of training in forensic science. Mr. Baez has studied DNA, Blood Pattern Analysis, trace recovery, forensic pathology, and entomology, just to name a few.

Additionally, Mr. Baez is a highly sought-after speaker and lecturer. He is on the faculty at Harvard Law School where he teaches trial techniques to second- and third-year law students in what is considered one of Harvard Law School’s most popular courses.

Benjamin Crump is our exclusively recommended Civil Rights Law expert in Florida on the Advisory Excellence website. If you need assistance in this area, please contact Benjamin directly using the contact details listed above.

His role in the Trayvon Martin, Martin Lee Anderson Boot Camp, Jannie Ligons and Robbie Tolan cases shows a legacy built around the idea that the Constitution applies to everyone, at every level of society.

Mr. Crump’s passion for advocacy has given him the privilege to fight for justice on behalf of the marginalised in our country, a calling to which he remains dedicated.

He is a member of the American Bar Association, American Association for Justice, The Florida Justice Association, and many other groups dedicated to the law and the pursuit of justice.

Mr. Crump is a frequent speaker and author, having been featured in documentaries like NPR’s “How Lawyer Got Nation Talking About Trayvon Martin,” and BET’s “I Am Trayvon Martin: A Family’s Fight for Justice.” Mr. Crump is also a frequent contributor to Time magazine, discussing many of the civil rights and criminal justice issues African-Americans face today. Mr. Crump will also appear on a television show called “Evidence of Innocence,” which will feature stories about individuals who were wrongfully imprisoned.

He’s received significant recognition for his service in pursuit of civil rights and justice for minorities, being included on prestigious lists like The National Trial Lawyers’ Top 100 Lawyers and Ebony Magazine’s Power 100 Most Influential African Americans.

He also serves as the president and co-founder of MyDad360, a mentoring program for fathers endorsed by Colin Powell and recognised by President Obama’s My Brother’s Keeper Initiative.

He is a Life Member of the Omega Psi Phi Fraternity, the Southern Christian Leadership Conference, the NAACP, and the Urban League.

He previously served as the inaugural Board Chairman of Florida’s Big Bend Fair Housing Center, and also served as General Counsel to the Florida State Conference of the NAACP and sat on the boards of the Innocence Project and the Equal Justice Institute.

Mr. Crump was born and raised in Lumberton, North Carolina, and is the oldest of nine siblings and step-siblings. He received his undergraduate and law degrees from Florida State University. He is a congregation member and serves on the Board of Trustees for the Bethel Missionary Baptist Church.

He is married to Dr. Genae Angelique Crump, is the proud father of Brooklyn Zeta Crump, and the guardian of two adopted cousins, Marcus and Chancellor.