Martha Owusu is our exclusively recommended Investment Services expert in England on the Advisory Excellence website. If you need assistance in this area, please contact Martha directly using the contact details listed above. 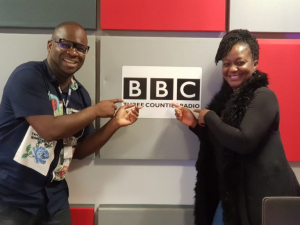 Way to Africa Ltd is an organisation that aims to promote Africa as a prime destination for businesses, export, import, and investment. Way to Africa Ltd focuses on attracting investment into Africa’s diverse business sectors — agriculture, renewable energy, infrastructural development, real estate, health, culture and tourism, retail, hotel and hospitality, education, mining, and technology. The aim is to highlight Africa’s growing economy and the big market as a destination for international companies to grow their businesses. 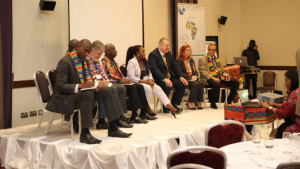 Why Choose Way to Africa Ltd?

We have various representatives in most African countries including Nigeria, South Africa, Kenya, Ghana. These representatives provide incredible local knowledge needed for executing a successful a project. They speak the local languages, understand the culture and have the necessary connections with the local government to facilitate the implementation of various project from various sectors. 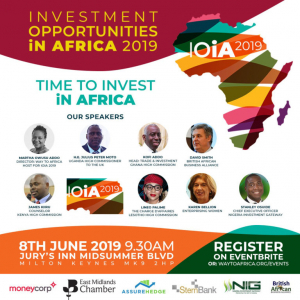 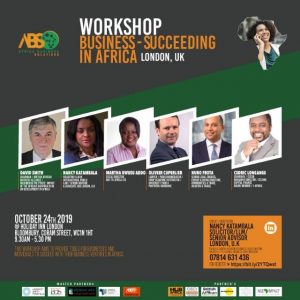 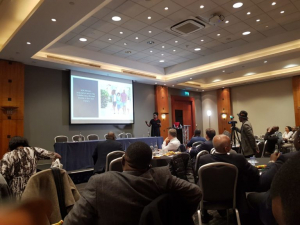 Chris Chapple is our exclusively recommended Remuneration Planning expert in England on the Advisory Excellence website. If you need assistance in this area, please contact Chris directly using the contact details listed above.

Chris advises on remuneration planning, including a range of structures and industries, but with a particular focus on private equity and financial services. This includes share-based arrangements, trusts and partnership planning. He has experience advising a number of FTSE 250 remuneration committees on broader pay and governance, and shareholder relations issues.

Chris Chapple has Tax Champion responsibilities for Management Buy-Outs, Transactions in Securities, Sale of Companies and EMI/Share Incentives. He is also a member of the firm’s Tax Technical Committee.

BDO’s London office at 55 Baker Street serves clients based in London and throughout the UK. We provide all the services our clients need including Audit and Assurance, Tax, Advisory and Business Services and Outsourcing.

We work with a broad range of clients from private individuals to ambitious, entrepreneurial mid-market companies, listed companies and not-for-profits. We also work with international clients, leveraging the BDO Global network to meet their needs. Our clients operate in all sectors of the economy.

We build close professional relationships so that we can understand our clients and their businesses. They trust us to support their ideas and people so they be successful today and in the future. Over 90% of our clients would recommend us.

Our staff and partners are all experts in their chosen fields whether that is an industry or a particular service. We use this knowledge to help our clients by publishing informative and topical reports and articles that are published as Insights.

Our Baker Street office is one of two offices in London. Our other office is in Aldersgate.

Michael Malone is our exclusively recommended Mediation expert in England on the Advisory Excellence website. If you need assistance in this area, please contact Steve Walker, the Lead Civil Clerk at Trinity Chambers, on 0191 232 1927, or at [email protected].

Michael is now a non-practising solicitor. He practised as a solicitor in the North West of England, initially with Henry Fallows & Co, in Bolton, undertaking a wide range of contentious and non-contentious work. In the 1980s he began to write and lecture on discrimination law and then to appear as an advocate in the employment tribunals. In 1990 he joined Mace & Jones in Manchester and began to specialise in employment tribunal advocacy. He was appointed as a fee paid employment tribunal chairman in 2002 and as a full-time employment judge in 2006.

In 2006 Michael was one of the first group of 12 employment judges to be trained as a mediator and thereafter he regularly acted as a mediator in cases where the parties accepted an offer of judicial mediation. It soon became second nature to him to avoid speculating on how he would have decided a case if he had been hearing it instead of mediating it.

Since retiring from his judicial post in 2013, Michael has received further training from CEDR and obtained their accreditation. He is also a Fellow of the Chartered Institute of Arbitrators.

Michael Malone is an employment, business and property law mediator. He is also prepared to undertake early neutral evaluation of employment disputes.

Established in 1954, Trinity Chambers is a UK based barristers’ Chambers with premises in Newcastle Upon Tyne, Leeds and Middlesbrough. With nearly 100 barristers and QCs, supported by a team of 25 staff, Trinity is one of the largest Chambers in the North of England. Trinity provides clients with specialist legal advice and expert advocacy at a range of courts including Magistrates, Crown, County and High Courts, as well as Appellate Courts.

Trinity’s barristers and staff are regularly recognised in The Legal 500 and Chambers and Partners legal directories. Trinity is Investors In People and Cyber Essentials accredited.

Richard Smellie is our exclusively recommended International Arbitration expert in England on the Advisory Excellence website. If you need assistance in this area, please contact Richard directly using the contact details listed above.

Richard is widely experienced in the resolution of disputes in the construction, energy and infrastructure sectors, both internationally and in the United Kingdom, having successfully led the resolution of numerous substantial disputes. Richard comes recommended as “A key figure” in dispute resolution in The Legal 500 guide, and Chambers and Partners UK describes Richard as “everything you would need in a solicitor” and a “very effective operator”, whilst his clients praise him as being “dogged in achieving our aims”; “excellent legal counsel in terms of presenting his analysis and conclusions and the options available to the clients” and “very quick to pick up on the key issues in a dispute”. According to The Who’s Who Legal Construction Guide Richard is “first class”.

Richard has considerable experience of a range of standard and bespoke project documentation, including both standard and bespoke forms used regularly in construction, energy and infrastructure projects. Richard’s experience ranges from projects procured using complex turnkey/design and build project documentation with layered EPC arrangements and contracts for the operation and maintenance of facilities, to complex PFI arrangements, innovative alliance agreements (and subsidiary documentation), and standard form contracts including the FIDIC, NEC, ICE and JCT forms.

We advise on every aspect of the construction process from inception through building to completion and operation. We understand construction and energy projects: how they are managed; where problems occur; and the underlying commercial imperatives. We use this insight to add value to transactions and resolve disputes for clients in the UK and around the world.

Our expertise covers procurement strategies, contract documentation, project advice, dispute avoidance and dispute resolution. We provide strategic guidance to forestall potential problems throughout a project. With lawyers who are specialists in their field, we deliver prompt, reliable and pragmatic legal advice, including guidance on:

Roger Flaxman is our exclusively recommended Insurance Services expert in England on the Advisory Excellence website. If you need assistance in this area, please contact Roger directly using the contact details listed above.

With nearly 50 years’ experience in the insurance industry, Roger is the Chairman at Flaxman’s and is their principal consultant. Roger is a member of the Academy of Experts and ACII Chartered Insurance Practitioner. He has more than a decade’s experience serving as an expert witness in matters of insurance practice, broker’s duty of care and insurance market procedure and twenty years’ experience as an advocate in the resolution of disputed insurance claims.

“Insurance claims are not just about insurance. They are first and foremost about the business that is insured. Keeping a balance in mind between commercial objectives and legal niceties is a crucial aspect of our advocacy work.”

Flaxmans as a firm consists of insurance experts from varied backgrounds and insurance careers, many of whom also have a proven track record as experts to the courts.

We know the insurance industry and its markets exceptionally well, and if one of our team is not the right expert for your case we have at our fingertips an extensive network of insurance contacts we know where to find experts and we will try to help you find the right one.

We are able to field experts in the following areas and some more unusual classes of insurance:

Flaxmans are the recognised #1 insurance dispute advocates in the United Kingdom. For more information, please visit their website flaxmanpartners.co.uk.

Dr Emer MacSweeney is our exclusively recommended Cognitive Health expert in England on the Advisory Excellence website. If you need assistance in this area, please contact Emer directly using the contact details listed above.

Her previous posts include Director of Neuroradiology at Atkinson Morley’s Hospital, St George’s Healthcare Trust and Managing Director at MedTel UK. Dr MacSweeney has a special interest in neuroradiology of cognitive impairment disorders with considerable experience in imaging of neurovascular and neurodegenerative diseases and traumatic brain injury.

Dr Emer MacSweeney trained in neuroradiology at The Hospital of Neurology and Neurosurgery, Queen’s Square, specialising in interventional vascular neuroradiology, and spent time on a scholarship at Harvard University.

We Are a Multi-Award-Winning Cognitive Health Provider

With clinics  in the Harley St. area of London, and other UK locations Re:Cognition Health’s Brain and Mind Experts  specialise in the diagnosis, treatment and care of people of all ages, with traumatic brain injury, mental health conditions  and disorders from Autism spectrum to Alzheimer’s disease.

Our services include ADHD and autism assessments, mild traumatic brain injury assessment,  memory services and more recently a Long Covid Clinic. Our mental health services are provided through our Harley Street Medical Area clinic, and through several other clinics across the United Kingdom. Re:Cogniton Health has also opened in the USA.