Richard Savory QC is our exclusively recommended Financial Services expert in the Turks & Caicos Islands on the Advisory Excellence website. If you need assistance in this area, please contact Richard directly using the contact details listed above.

Richard is the principal of the firm, which he founded in 1981, originally in Grand Turk and later in Providenciales. He holds degrees in law and commerce from the University of Auckland in New Zealand.

He was the Elections Adjudicator for the Islands from 1999 to 2004. He was one of the members of the Government-appointed ‘blue ribbon’ Immigration Review Commission which reported in February 2004, and of the National Plan Steering Committee in 2005 and 2006. He was a member of the Immigration Board from 2009 to 2012. He was one of the first to be invited to be a member of the Integrity Commission, as the representative of the legal profession.

He was made Queen’s Counsel in March 2013. He was appointed Acting Chairman of the Labour Tribunal in February 2014.

He is counsel to several of the large corporations operating in Turks & Caicos, and has been involved in several substantial business, financing and restructuring transactions. He is a director of a number of companies.

He has had long involvement in commercial real estate, including representation of the purchasers and developers of major resort properties in Providenciales. He was responsible for the bringing into force the present condominium legislation and in 1984 registered the first condominium in Turks & Caicos. He has had extensive experience of condominium documentation and administration and first-hand involvement in issues relating to developers and managers of condominium projects in the Islands and elsewhere. He is also very familiar with practical and legal issues relating to the subdivision and development of residential communities, and has recently prepared a draft of new legislation known as the Community Land Ordinance, which is awaiting approval by the current administration.

He has had wide experience of advocacy before the Courts of Turks & Caicos, including acting as counsel in major international liquidations and asset-tracing actions. He is experienced in forensic financial investigations and, with his accounting qualifications, is able to communicate on a technical level with accountants and bookkeepers.

He participated in the drafting of the voluntary Code of Conduct for the Financial Industry. He was commissioned by the TCI Bar Association to draft the Legal Profession Ordinance and participated in drafting meetings leading to its enactment in 1997.

Richard was also involved in the drafting of subsidiary legislation under that Ordinance, including the Code of Professional Conduct. He sat on the Law Revision Committee which was involved in the work necessary for the publication a complete revised edition of the laws of Turks and Caicos in 1998.

He currently represents the Bar Association on the executive of the Financial Industry Association.

Conrad Griffiths QC is our exclusively recommended Trusts & Estates Law expert in the Turks & Caicos Islands on the Advisory Excellence website. If you need assistance in this area, please contact Conrad directly using the contact details listed above. 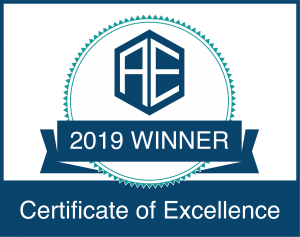 Conrad Griffiths QC was called to the Bar of England and Wales in 1986.

Griffiths & Partners offer a range of legal services. Our deep knowledge and industry expertise enables us to develop and build the strategies required to achieve our clients’ goals. We call it brighter law.

We also advise trustees, beneficiaries and protectors on their rights and obligations. We’d be delighted to talk to you about whether a trust structure is right for you.

We have deep experience in working with overseas accountants, lawyers and banks in the provision of advice and structures to the internationally wealthy.

If you are establishing a trust, or are an acting trustee, our trust services can help you:

We offer impartial and sensitive advice when considering trust services for future beneficiaries. The Griffiths & Partners team includes experts who understand what you need.

We handle day-to-day administrative tasks as well as tax returns and recordkeeping.

Stephen Wilson is our exclusively recommended Litigation expert in the Turks and Caicos Islands on the Advisory Excellence website. If you need assistance in this area, please contact Stephen directly using the contact details listed above.

Turks and Caicos is an archipelago of 40 low-lying coral islands in the Atlantic Ocean, a British Overseas Territory southeast of the Bahamas. The gateway island of Providenciales, known as Provo, is home to expansive Grace Bay Beach, with luxury resorts, shops and restaurants. Scuba-diving sites include a 14-mile barrier reef on Provo’s north shore and a dramatic 2,134m underwater wall off Grand Turk island.

In addition to Litigation, Stephen works on Admiralty and Shipping, Banking and Finance, Corporate and Commercial, Intellectual Property, Employment and Labour and Property and Development matters with members of his office and with attorneys at the firm’s other offices.

Graham Thompon’s attorneys have been recognised as leaders in their respective fields for over 60 years.  Partners and Associates from our four offices work closely with clients to ensure that their matters are handled expeditiously and with highest degree of professionalism.

Our practice focus includes all types of General Business Law, including Banking and Finance; Corporate, Commercial and Securities; Litigation and Dispute Resolution; Private Clients, Trusts and Estates; Property and Development; Employment and Labour; Immigration and Naturalisation; and Admiralty, Shipping and Aviation.