You are here: Home1 / News2 / Members News3 / Counterfeiting & piracy: How effective is its enforcement in Came...

Cameroon (like most of the other OAPI Countries), has no legislation dealing specifically with counterfeiting and piracy, but the legislators, through various statutes have provided statutory, civil, criminal and administrative remedies. However, Counterfeiting has been majorly dealt by Intellectual Property Law as it directly invokes the Intellectual Property Rights of the aggrieved. For instance, our Trademark law necessitates appropriate action against passing off, which refers to the imitation of marks or goods in order to take advantage of the goodwill of the lawful owner as well as causes confusion among the consumers.

Some of the remedies provided by the Cameroon legal system acting against counterfeiting have been briefly discussed below but only as for trade marks, as carried in the revised Bangui Accord and other broken legislation:

As the first lines of defence against the cross-border movement of counterfeited/ pirated articles are the National Customs and Border protection authorities, we are hopeful that a Customs law will soon be put in place, to regulate the import and export of goods and this should go a long way to strengthen IP enforcement as it will empower the government to enforce prohibition on the import and export of certain goods to protect Trademarks, Patents, Copyrights, etc. and gives power to the custom officials to confiscate goods imported or exported, unlawfully or illegally.

IP rights are private rights that are mostly enforceable through civil litigation. However, the prevalence of counterfeiting, passing off and piracy along with the economic damage they cause has led to an increased importance of criminal sanctions here. It can be observed that, only few statutes like Trademarks law, the Copyright law, and the Geographical Indications, etc. provide criminal remedies. The punishment varies from 6 months to 3 years of imprisonment and various fines.

Our laws acknowledge this crime as cognisable wherein the police can take action and carry out search and seizure with a court warrant.

Despite having a developing legal framework for anti-counterfeiting in liaison with Police, the mandate of the prevailing law is debilitated by the lax attitude of Police. In addition, Criminal trials become excruciatingly lengthy resulting in heavy backlog of cases for the courts. This has resulted in low conviction rates, thereby reducing the efficacy of criminal remedy sought against counterfeiters.

The Cameroon Penal code acknowledges this crime as cognisable wherein the police can take action and carry out search and seizure with a court warrant/order.

Civil remedies against counterfeiting mostly include injunctions, damages and/or rendition of accounts. The mandate civil remedy is to stop distribution, manufacturing, or retailing of the infringing product or gaining profits from using the pirated product of the rightful owner of the products.

A civil court may even grant ex-parte injunctions while the proceedings are on. Further, the courts have widened their scope in order to deal with a serious issue of counterfeiting and the jurisprudence under this subject is growing as the courts have introduced many interim reliefs under civil remedies through various case laws.

The biggest problem here in defying counterfeiting is the paucity of legal framework and the ever increasing degree of similarity between the genuine and counterfeited products. Therefore, in addition to the existing provisions of civil and criminal laws, it is incumbent upon the government to take up initiatives to educate people about the menace of counterfeiting and its repercussions. The OAPI is working with our Ministry of commerce et seq and are planning Sensitisation campaigns can be a vital tool here.

Taking recourse to criminal or civil remedies against counterfeiting depends upon the objective that the Plaintiff seeks to achieve, keeping in view the consequences of the laws. The recourse to civil or criminal remedies provided by appropriate law for an act of counterfeiting should be construed on the basis of the magnitude of the act’s consequences. A criminal action can be an effective remedy to safeguard the interest of general public, especially when the issues of infringement and counterfeiting are growing epidemically.

Likewise, a civil recourse can be taken up where a defendant can be easily identified and is based in a specific established market. The advantage of a civil suit is that the courts can grant an interim injunction along with an Anton Piller order for search and seizure of counterfeit products.

Cameroon has a seemingly growing legal framework for combating counterfeiting and piracy; however, there are gaping holes in the area of enforcement. However, the slow court procedure and laxity on part of Police in matters of counterfeiting, severely handicap any recourse that an aggrieved might take up. Thus, it is utmost important that strong IP laws be supported by equally strong enforcement.

In a nutshell, the following actions are taken here in order to institute raid action:

Once the search and seizure operation is complete, the client has an election to proceed civilly and/or criminally. Once the civil and criminal cases are finalised, the goods may be destroyed. 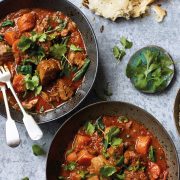 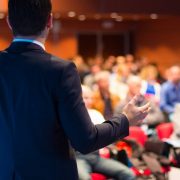 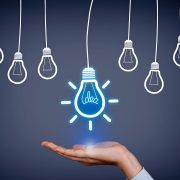 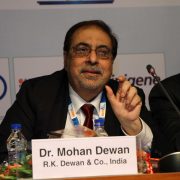 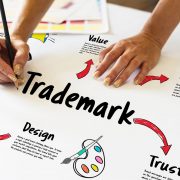 Exploding the myth of patent tardiness
Scroll to top
This site uses cookies: Find out more.