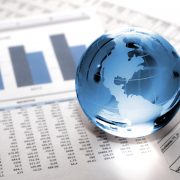 Paying taxes is something no one enjoys doing, but the amount individuals and companies pay varies enormously throughout the world. The Organisation for Economic Co-operation and Development (OECD) has calculated how much tax was paid in 2016 by 10 countries. Here’s what it discovered. How does your country measure up?

The latest figures available show Australia raised $348 billion from its 24.13 million-strong population. Individuals pay income tax on a progressive basis from 19% to 45%. A Medicare Levy is payable on top to pay for public healthcare; this was increased from 1.5% to 2% in 2014, while since 2015 higher earners who don’t have private hospital cover must also pay the Medicare Levy Surcharge of between 1% and 1.5% on top. Corporate taxes stand at 30%, however the government is pushing for this to be cut to 25% by 2025.

Japan received $351.6 billion from its population of 127 million, according to the most recent figures. In 2017 the country’s ruling bloc approved a plan to cut the corporate tax rate from 30% to 20%, although only for companies that raise wages and increase capital spending. Japan has a progressive income tax system, with rates from 20% to 40%.

South Korea, which received $371.1 billion from its 51 million population, is undergoing huge changes this year as the country enacts a 2018 tax reform bill. Some of the changes include adding a new 25% corporate income tax bracket for taxable income in excess of $270 million, instead of the previous flat rate of 22%. Meanwhile the top income tax bracket has been increased from 40% to 42% for higher earners.

With a population of 46.6 million, Spain generated tax receipts of $412.4 billion in 2016 according to the report. The country operates a sliding scale of income tax from 19% to 45%, while the general corporation tax rate is 25%. Meanwhile, residents of the Andalucia region had some good news this year, as it was announced changes to inheritance tax rules mean that the vast majority of children or spouses will not have to pay it anymore.

The system of paying federal tax is simple in Canada: there is a sliding scale of 15% to 33% depending on how much you earn, however it gets a bit trickier when you need to add on provincial and territorial tax as the rate you pay depends on your income – and where you live. The rates vary dramatically from 4%, the lowest bracket in Nunavut, up to the highest bracket in Nova Scotia of 21%. The country’s population of 36.3 million brought in a total of $491.1 billion in 2016.

Italy’s 60.6 million-strong population helped contribute to vast tax revenues of $792.8 billion. Italians pay personal income tax of between 23% to 43%, plus regional tax which is typically between 1.23% and 3.33%

The UK generated $869.4 billion in tax from its population of 65.6 million people, according to the OECD report. The UK uses a progressive income tax system, where those living in England, Wales and Northern Ireland pay between 20% and 45% tax, while those in Scotland pay 19% to 46% tax depending in their earnings. Residents must also pay National Insurance contributions too, which are 12%, although workers who earn more than $62,380 pay only 2% on earnings over that threshold. The Corporation Tax main rate is 19% but is set to be reduced to 17% in 2020.

With a population of 66.9 million, France generated $1,115.9 billion in tax. However it will be interesting to see the results of dramatic tax cuts President Emmanuel Macron made in 2017, including slashing the contentious wealth tax effectively by 70% and introducing a 30% flat rate on capital gains.

A combination of being the biggest economy in Europe, a population of 82 million and a relatively high taxation system means Germany has the second-largest tax revenue in the report at $1,305.7 billion. In addition to income tax, which varies from 14% to 45% for very high incomes, everyone has to pay solidarity tax, which is capped at 5.5% of an individual’s income tax. Also, if you’re a member of a church registered in Germany, you will also be required to pay a church tax of 8% or 9% of your income, depending on which federal state you live in.

The US tops the list in the report for having the highest level of tax revenues, with $4,846.3 billion tax generated from its population of 325.7 million. However with the US going through huge tax reforms this year under President Trump, it will be interesting to see the impact that has on those figures in future. Most analyses suggests that while the changes aren’t the biggest tax cuts the country has ever seen, the reduction of the corporate tax rate from 35% to 21% is the biggest corporate tax cut in US history. 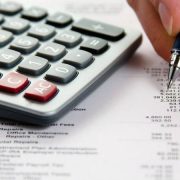 – Budget Law 2016 and other new tax measures
– Adoption of the FATCA Law enacting the US-Luxembourg IGA
– Bill of law No. 6858 on the automatic exchange of financial account information in the field of taxation
– Bill of law No. 6847 on the amendments to the EU Parent-Subsidiary Directive and other tax measures
– Circular Letter dated 2 October 2015 regarding the definition of institutional investors
– Case law on transfer pricing (Case No. 34190 dated 22 July 2015) 6 International news 7 Council approves transparency rules on cross-border tax rulings
– The European Commission takes the Grand-Duchy of Luxembourg before the Court of Justice of the European Union – VAT exemption regime applicable to independent groups of persons (Case C-275/15 dated 8 June 2015)
– Case law on the meaning of ‘supply of services’ – subscription contract for the supply of consulting services (Case C-163/14 dated 3 September 2015)
– Decree on the temporary equalisation tax
– Circular Letter on the definition of “car rental company” within the framework of the domestic investment tax credit provisions
– Double tax treaty network