You are here: Home / News / Roundtable 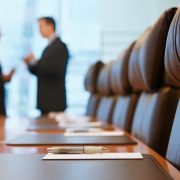 Technology and innovation are frequently spoken about with little differentiation around an increasingly populated market. GCs ability to utilise their relationships and develop new solutions to old problems can create some of the most interesting solutions on the market.

At a breakfast roundtable near London’s Liverpool Street station, The Lawyer in association with HighQ was joined by several prominent heads of legal to assess where the pain points lie and what can be done about them. The Lawyer editor Catrin Griffiths was joined by HighQ chief strategy officer Stuart Barr and National Grid global head of legal operational excellence Mo Ajaz to lead the roundtable, which frequently resulted in an all too familiar story.

“It doesn’t matter whether you’re using Leverton, Ravn, Luminance or another platform,” says FirstPort Limited director of legal Russell Tillison. “All of these products have seemed like they’re running before they can walk in my experience.”

This is a continued gripe of lawyers, both in-house and in private practice. Technology can do amazing things and, for the most part, is taking the boring, vanilla, due diligence-related work out of legal processes. The issue is that the technology hasn’t quite reached the levels that the hype around it has. One firm’s head of innovation describes technology as, “always having that will bit in it”. The promise is perenially there, but for some, it can’t arrive soon enough.

In some cases, the biggest companies can be the slowest adopters. Around the table were in-house lawyers from several companies in the FTSE100, with some acknowledging that they were in very early phases of their technological development. In some cases, they hadn’t even begun. One attendee said that four years ago, one part of their company didn’t even have email; they were just using paper order forms.

“My primary pain point would be around transparency of information, being able to extract this and reflecting it in documents in the most efficient way,” said Blackrock vice president solicitor of strategic product management Suwad Patankar. “In terms of using technology to achieve that I don’t think we have even made a start, at least not in my team.”

It is surprising to hear that a lawyer working in the world’s 10th-largest hedge fund – when ranked on value of the assets it controls with more than $6tn in its portfolio – hasn’t begun to use the kinds of technology that seem commonplace in most private practices. The experience at Blackrock represented the differing stages of legal technology adoption attendees found themselves at.

Patankar’s experience, for example, contrasted enormously to that of London Stock Exchange Group’s senior lawyer Tom Rayson who said his company has begun its process of automation and is now well on its way.

“We’re on a journey and we’ve done quite a lot of work in what we thought were the easier areas of the business,” said Rayson. “We just got DocuSign which has improved things quite a lot. That’s worked and we’ve got a good experience of that. The challenge we’ve got at the moment is trying to take this simple process that’s already been done and see how we can apply it across the board, perhaps even to more bespoke work.”

Bringing technology into more bespoke and high-end work will eventually become the norm, but it is still a significant distance from today’s reality. If Rayson can crack that answer, the London Stock Exchange will be significantly further ahead than most in their technological journey.

Everyone around the table raised their hands to the second question.

There was a general feeling that a disconnect exists between the heads of legal and those inside their businesses whose jobs it is to assist them in getting more sophisticated structures.

“Personally, I spoke to [artificial intelligence provider] Cognitive Computer Solutions on my own yesterday,” said Tillison. “There was no one from IT there, it was just me. I also spoke to Leverton on my own. They’re trying to fix the spaghetti of mess behind the scenes and they haven’t got time to come in and play with legal technology.

“My main office is in Luton and when the power gets low in the surrounding area, it gets turned off to keep the airport running. We have major IT outages and the servers actually can’t turn back on sometimes because they’re that historic. We spent £2m to upgrade our infrastructure and it is getting there, but it’s just such a big challenge.”

Tillison’s issue is exactly what Barr was talking about when he referred to a corporate structure hindering the legal function. These are exactly the kinds of situations that benefit from including a project manager whose job it is to oversee these kind of processes. But from the other side of the coin, what is the pain for someone in the project managing capacity?

Ajaz was presenting at a conference and asked his project team what they wanted from him as opposed to what he was after from them.

“I wanted to know what they wanted versus what I wanted,” said Ajaz. “One of the comments was, ‘Don’t come to me with a solution. Come to me with a problem and I’ll help you find the solution.’ We go and hear a nice little lecture somewhere and then ask for that product, but the IT guys are nowhere that product or catching up with it.”

The technology conversation is an increasingly vital one, but so is Ajaz’s point around an open conversation between those using the technology and those implementing it. There’s a valid question to be asked about where the in-house legal function would be if more of these conversations were had on a daily basis.