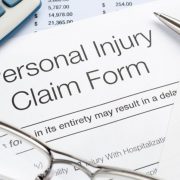 Justice minister Lord Keen of Elie is today expected to set out the government’s agenda for personal injury reforms. Richard Keen QC, Ministry of Justice spokesperson in the House of Lords, will be among experts giving evidence to the justice committee of the House of Commons in a one-off session dedicated to potential changes in the sector.

MPs on the committee want to analyse the government’s case for increasing the small claims limit to £5,000 for RTA claims and to £2,000 for all other personal injury claims.

The reform, which requires secondary legislation but which is expected to come in alongside the Civil Liability Bill, has been in the pipeline since November 2015, when then-chancellor of the exchequer George Osborne proposed change, but progress has since stalled.

As well as Lord Keen, the committee will also hear from a representatives of trade union Usdaw, a claims handling company, the former president of the Forum of Insurance Lawyers, High Court judge Mrs Justice Simler, His Honour Judge Nigel Bird and David Parkin, deputy director for civil justice and law at the Ministry of Justice.

There has been criticism that no personal injury solicitors are being quizzed as part of the evidence-gathering exercise, although they were given the opportunity to submit written statements in advance of the session.

Donna Scully, former chair of the Motor Accident Solicitors Society and director of north west firm Carpenters Law, said: ‘On such a crucial issue, it is deeply disappointing that there is no single claimant solicitor or representative. It is vitally important that the committee robustly cross-examine Lord Keen on the evidence base and rationale for this proposal. The £5,000 figure appears entirely arbitrary.’