Britt Strottman, a former deputy city attorney for San Francisco, has joined Singleton Schreiber as a partner in the firm’s Sacramento location.

The firm’s public entity environmental practise group will be aided and assisted by Ms. Strottman. Britt is in a unique position to represent governmental bodies. In high-stakes litigation she has over 20 years of experience defending state and local governments. 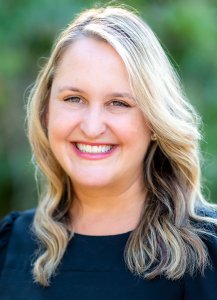 Britt Strottman is a partner in Singleton Schreiber’s Sacramento office and oversees the practise group’s Public Entity Environmental Practice, which focuses on legal action against businesses for malfeasance.

As a senior assistant attorney general in Ohio, Britt worked on the tobacco lawsuit and subprime mortgage issues before representing over 40 California towns and counties in the opioid and fire litigation, which resulted in a $1 billion settlement with PG&E for the North Bay and Camp Fires. She belongs to a special category of lawyers due to her expertise in complex litigation and her capacity to settle eight-, nine-, and ten-figure claims.

Ms. Strottman has received a number of honours from peer groups and legal magazines for her work.

A client-focused law company, Singleton Schreiber focuses on mass torts/multi-district litigation, wrongful death/personal injury, civil rights, and criminal defence. We take satisfaction in defending people’s interests against improper business and governmental behaviour. We have the tools necessary to approach your issue correctly each and every time.

Singleton Schreiber defends common citizens who have suffered because of corporate greed and government abuse.

Singleton Schreiber holds power corporations liable for wildfires that may have been avoided. We file lawsuits against corporate defendants whose services and deeds harm people. Singleton Schreiber also protects civil rights from abuse by the government and from prosecution.