Mediation is a structured, interactive process where an impartial third party assists disputing parties in resolving conflict through the use of specialised communication and negotiation techniques. All participants in mediation are encouraged to actively participate in the process.

In February 2022, the Committee on the Reform of International Arbitration in Japan (the “Committee”) issued their proposals for new legislation to enforce settlement agreements concluded in mediation (the “Proposals”). This is part of a series of initiatives by the Japanese government to improve its international dispute resolution mechanism, which have been ongoing since 2017.

In 2021, the Committee submitted their proposals for reforms to the Arbitration Act of Japan to update the Act in line with the UNCITRAL model arbitration law (2006). The bills on the reforms of both arbitration and mediation are expected to be submitted to the Diet later in 2022 or in the following year.

2. Responding to the Singapore Convention on Mediation

Domestic mediation in Japan is often used for settling relatively small disputes between individuals or between companies. Under the current mediation mechanism in Japan, the parties may not be represented by attorneys in some cases. Considering such practices, the Proposals are cautious about the scope of the mediated settlement agreements which shall be enforceable. The Proposals recommend that the Japanese courts enforce only mediated settlement agreements made in a certified alternative dispute resolution process based on a specific act.

Today, The Society of Mediators (SoM) in London informed Carl Islam that he is now a fully qualified and accredited MSoM panel member. For information about Carl’s services as a Commercial Mediator please visit the Mediator – Contentious Probate, Inheritance Act, & Trust Disputes page.

The SoM is a registered charity which was formed in 2012 with the aim of changing this, of advancing public education and promoting for the public benefit the use of mediation as a real alternative to litigation in conflict resolution.

SoM also aims to deliver the Free Mediation Project providing access to mediation which is free at the point of use to those who would not otherwise be able to access it through conventional providers.

As a practising Barrister, TEP, MSoM, Certified Mediator and Panel Member of the Society of Mediators in London, Carl provides a niche service as a Mediator in relation to Contentious Probate, Inheritance Act, & Trust Disputes (including international trust disputes).

Carl is  attending the Zoom Mediations (i.e. controls) course provided by the Society of Mediators in January 2022, and from January will be conducting all pre-mediation meetings, and mediations by Zoom from his home office in Leicestershire.

To request a copy of Carl Islam’s Mediation Agreement and to arrange a free preliminary consultation Zoom call, please either call +44 (0) 207 936 3030 or email carl@ihtbar.com. 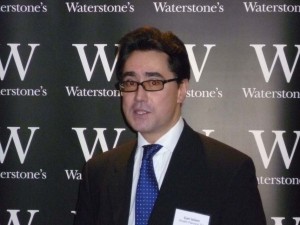