You are here: Home1 / News2 / Infrastructure

In his first budget, Chancellor Rishi Sunak unveiled a series of exciting spending promises, designed to increase infrastructure spending to a level not seen for decades.

Under Theresa May, previous Chancellor Philip Hammond had planned to spend £600bn on public and private infrastructure over a 10-year period, so the latest plans not only involve spending more money overall, but also spending it more quickly than the previous Government had planned to.

While much of the important detail has yet to be confirmed, and the publication of the long-awaited national infrastructure strategy has been delayed, the Chancellor’s spending announcements are likely to be well received by business, especially those in the community of infrastructure developers and investors.

After Prime Minister Boris Johnson’s announcement last month that the controversial HS2 high-speed rail link will go ahead, the Budget is a further positive sign that this Government is prepared to make use of historically low interest rates to end the tendency of previous Governments to talk a lot about infrastructure investment, but to deliver very little.

The current Chancellor seems to be of the view that the very low interest rates that we have seen since the financial crisis will continue for some time, so has rejected assertions that his aggressive borrowing plans are irresponsible.

His argument is that while overall Government borrowing may be higher than it has been in previous times, the cost of servicing the Government debt is actually lower.

Looking at these plans from a broader policy perspective, it is undoubtedly the case that infrastructure spending by Government serves many policy objectives, but for this Government right now, it can also be seen as supporting the investment case in global Britain and showing that Britain is thriving post-Brexit.

The timing of this is obvious, but with pressure on infrastructure in the South East and a shortage of new mega projects that are already in development, it seems that the Government is keen to show the strength of United Kingdom engineering and innovation to the world, as well as to bulking up the engineering sector for activation by inward investors.

A question that has been raised by a number of industry-insiders is how the Government actually plans to deliver and fund the huge expansion in infrastructure spending that it has announced. The Chancellor made no mention of the potential use of private infrastructure finance models, so there is a concern among many that private sector investors may have a limited role in delivering the pipeline of new work.

Further concerns have been raised about the lack of specific measures designed to deliver on the Governments commitments to reduce carbon emissions and to reach net zero greenhouse gas emissions by 2050.

The United Kingdom was the first major economy to legislate for net zero greenhouse gas emissions by this date and has since launched a Net Zero Review to help determine how the United Kingdom can maximise economic growth opportunities as it transforms into a green economy.

Perhaps understandably at this stage, there was almost nothing in the Budget to indicate how real that commitment is and how the Government intends to achieve it.

We’re looking forward to learning more about precisely how the Chancellor’s spending promises will be delivered, and what other projects the Government plans to prioritise, when the national infrastructure strategy is published later in the spring.

IPA is an industry think tank and an executive member network, providing research focused on excellence in social and economic infrastructure. They exist to shape public debate and drive reform for the national interest. 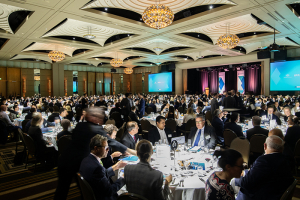 The 2019 Awards were overseen by an independent judging panel, comprising:

Infrastructure Partnerships Australia many nominees stood out to the judging panel amongst all the other entries because of his extraordinary commitment to the infrastructure sector.

The judges found that nominees had proven to be a major asset and path-breaking engineer for the rail teams. His on-the-job mentoring of younger team members and his exceptional work at the forefront of infrastructure delivery was exemplary.

The judges praised Ms Davidson for consistently delivering outstanding business cases and developing an impressive reputation for her innovative thinking and professionalism as a female engineer at the forefront of infrastructure delivery.

The National Advisory Board is drawn from the most senior levels of the public and business sectors. It provides high level advice that shapes our research and informs our advocacy within Australia’s infrastructure policy debate.

Corrs Chambers Westgarth, together with KPMG, have won the National Infrastructure Award for their role in advising BaptistCare in its partnership with the NSW Government and the Social and Affordable Housing Fund.

Both Corrs and KPMG advised BaptistCare on its successful bid for the NSW Government’s SAHF to deliver 500 new social and affordable units and tailored support services for a period of 25 years.

According to Corrs’ lead partner on the matter, Airlie Fox, “Through this partnership with the NSW Government, BaptistCare will be able to provide housing and tailored support to a significant number of additional seniors and single-parent families who are experiencing housing stress.

“Corrs was delighted to assist BaptistCare on its successful bid and we are grateful that our firm, and KPMG, were recognised by Infrastructure Partnerships Australia with this significant award.”

The Judging Panel awarded Corrs Chambers Westgarth, and KPMG, the Advisory Excellence Award because of “their leadership and collaboration with the NSW Government to improve services for vulnerable communities in a complex policy environment”.

The SAHF is a key component of the NSW Future Directions for Social Housing in NSW strategy that will result in more social and affordable housing dwellings linked to tailored support, to help households gain independence.

The Darling Harbour Project in Sydney, Australia is the city’s most significant urban renewal initiative in 20 years – a once in a generation opportunity to remake a critical, central neighbourhood.

With construction expected to be completed in the near future, the project will provide Sydney, Australia with world-class facilities for a diverse range of entertainment events.

The judging panel acknowledged the major and complementary outcomes the projects advisers had secured for the State and for the people of NSW, through smart structuring and the use of interactive and competitive bidding.

The project was also named Deal of the Year at the Project Finance International Awards, which aim to acknowledge the innovation and excellence of Australia’s public and private sectors in the delivery of infrastructure projects.

Bendigo Hospital Project, on which Clayton Utz is legal adviser to the Department of Health and Human Services Victoria, was also a finalist for the prestigious Advisory Excellence Award.

Infrastructure Partnerships Australia (IPA) is an industry think tank and an executive member network, providing research focused on excellence in social and economic infrastructure. We exist to shape public debate and drive reform for the national interest.

The projects awards celebrate the success of Australia and New Zealand infrastructure projects across eight categories. To qualify, the project must be an Australian or New Zealand project completed (or partially completed) in 2020.