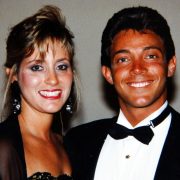 It’s been almost 20 years since Jordan Belfort copped to securities fraud and money laundering in a stock scam Martin Scorsese later depicted in the hit film “The Wolf of Wall Street.”

Belfort, 55, ended up with a $110 million judgment on his head in the Brooklyn Federal Court case and he still owes defrauded investors about $97.5 million, court papers show.

Now prosecutors want to garnish money or property they say a company owes to a Belfort-linked entity. Court papers don’t get into how much Delos Living LLC may owe JB Global Holdings, where Belfort is a principal. But prosecutors say they want Belfort’s share of it, a writ of continuing garnishment filed Friday says.