You are here: Home1 / News2 / Compensation

Your car getting hit by a truck is never pretty sight, and even if neither party suffers any injuries or fatalities by a measure of good fortune, the damage to your vehicle can be significant. Coupled with any losses owing to the downtime when your vehicle is in the shop, it is only fair that you are adequately compensated for the mishap.

However, winning compensation when a truck hits your car is far from straightforward, and claimants have to stay on top of things, and take a few essential steps in order to see any compensation from this, often horrendous experience.

In this article, we lay down certain rules and best practices to follow immediately after your vehicle gets hit by a truck or meets with an accident involving a truck.

The first thing you need to do in the case of an accident involving a truck, or any accident for that matter is to contact 911. Intimating the police regarding the incident right away not only helps convey important details but can also help you avail emergency medical services which can be crucial at the time.

Often cops are on the scene, they will perform a preliminary investigation, take photographs, and speak to witnesses, all of which can be crucial in making your case.

Even if you’ve been fortunate enough to escape any serious injury, it is pertinent to seek medical care right away, to identify, and take care of any hidden, or delayed injuries that may surface after a period of time.

Seeking medical care immediately further helps you document any injuries, and creates a strong link between the incident, and its impact. This will be crucial when seeking an insurance settlement, or while trying to make your case to a jury.

After recovering from the initial trauma, and having a thorough medical check-up, it’s time to get in touch with an attorney, preferably someone with extensive experience in dealing with truck accident cases.

Once you engage an attorney to represent you, and provide them the necessary information, almost all communications will be routed through them, and an experienced practitioner will know perfectly well what the next step should be.

According to the truck accident lawyers of Abels & Annes, a seasoned attorney will know where to seek evidence, how to collect eyewitness statements and make a case in pursuit of what the victims rightfully deserve.

4. Understand the Types of Damages

If you’re involved in a truck accident there are three major types of damages, or compensation that can be claimed, depending on the nature, cause, and severity.

While the pursuit of compensation for your losses, and troubles is certainly filled with hoops and hurdles, justice is well within reach for all those who make the effort.

With the right approach, a little bit of effort, and a dedicated attorney by your side, you can emerge from an unfortunate accident unscathed, at least when it comes to your finances.

If someone is convicted of a crime against you, the court may order them to pay you compensation. No one ever plans on being injured in an accident. But when it happens, you may wonder what your legal options are. If you’re considering filing a personal injury claim, you should know a few things about the legal process. Here are six legal aspects of compensation cases that you should be aware of:

1. The Statute of Limitations

Many types of compensation cases include personal injury, medical malpractice, and workers’ compensation. For workers’ compensation, the statute of limitations is usually two years from the date of the injury. This can vary in other countries, such as Australia, where compensation lawyers on the Sunshine Coast advise that the statute of limitations is usually six months from the date of injury. However, it can be extended to three years in certain circumstances with reasonable cause for not filing a claim within that period.

The statute of limitations is just one of many legal aspects of compensation cases that you should be aware of. There are many other important aspects of these cases, such as how to prove your injuries and what types of damages you may be entitled to. An experienced attorney can help you navigate the legal process and ensure you receive the maximum compensation possible.

You should know many legal aspects of compensation cases if you have been injured in an accident. One of the most important is proving your injuries. This can be difficult, but receiving the compensation you deserve is crucial.

To prove your injuries, you will need to provide medical documentation outlining the extent of your injuries. This may include X-rays, MRIs, and other medical tests. You will also need to keep track of any lost wages or other financial damages you have incurred due to your injuries. Keep all receipts and documentation related to your accident and injuries in one place so that you can easily access them when needed.

If you have been injured in an accident, contact a personal injury lawyer as soon as possible. He or she can help you navigate the legal aspects of your case and ensure that you receive the compensation you deserve.

3. The Types of Damages You May Be Entitled To

When you are the victim of a personal injury, you may be wondering what types of compensation you may be eligible to receive. The answer to this question will depend on your case’s specific details and circumstances. However, there are generally six different types of damages that may be awarded in a personal injury case:

If you have been injured in an accident, it is important to understand the different types of compensation that may be available to you. An experienced personal injury attorney can help you understand your rights and options under the law.

4. The Burden of Proof

In a personal injury lawsuit, the burden of proof is on the plaintiff to prove that the defendant is liable for their injuries. One of the first questions that will need to be answered is who was at fault for the accident. This is known as liability. This means you’ll need to provide evidence that the defendant was negligent and that their negligence led to your accident and injuries. Once liability has been established, the injured party can seek compensation for their damages.

A few different types of evidence can be used to prove liability, including eyewitness testimony, photographic evidence, and expert testimony. You’ll need to gather as much evidence as possible to build a strong case.

Once your lawsuit has been filed, both sides will have an opportunity to conduct discovery. This is the process of gathering information and evidence from the other side. Each side will be required to disclose any relevant information they have.

During discovery, each side may take depositions. This is where a witness is questioned under oath about the accident and their role in it. Depositions can be used to gather important information and to impeach a witness if their testimony later changes.

6. Alternatives to Going to Court

Mediation is a process where both sides meet with a neutral third party, known as a mediator. The mediator will help the sides reach a compensation agreement. If an agreement is reached, the case will be resolved without a trial.

If you’ve been injured in an accident, it’s important to understand your legal rights and options. These six legal aspects of personal injury cases are just a few of the things you should be aware of. If you have any questions, you should speak to an experienced personal injury attorney.

The September 11 attacks, commonly referred to as 9/11, were a series of four coordinated terrorist attacks. Typically, crimes are considered unlawful behaviours that can affect the general public. If you get hurt as a result of these criminal acts, you’ll need to deal with some serious consequences, including disability, payment of medical bills, lost wages, pain and suffering, and other similar conditions. 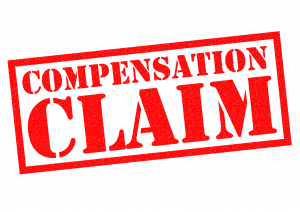 Read on to learn everything about the 9/11 Victim Compensation Fund, including its coverage.

What Is The 9/11 Victim Compensation Fund?

The September 11 terrorist attack has left fear, trauma, and emotional anguish for all the victims, survivors, and their families. Many people died and were injured during the attack, making it one of the most catastrophic events in the history of the United States.

This is how the 9/11 Victim Compensation Fund began. It’s a government-mandated program designed to compensate individuals or their representatives who suffered death or physical harm because of the terrorist attack on September 11, 2001, and its aftermath.

Originally, the 9/11 VCF operated from 2001 to 2004. But, in January 2011, President Obama signed into law a bill reactivating the September 11 Victim Compensation Fund, which allows affected individuals to file their claims until October 2016.

In December 2015, President Obama reauthorized the VCF, extending it for five years. This means that all eligible people can submit their claims until December 2020.

But, in July 2019, President Trump signed into law the permanent authorisation of VCF, extending the submission of claims from December 2020 to October 2090.

Who Is Covered By The 9/11 Victim Compensation Fund?

Before filing a 9/11 VCF claim, it’s crucial to establish your eligibility to do so. This means you should be qualified to bring a claim to recover compensation under the criteria provided by the 9/11 Victim Compensation Fund Program.

The following are the individuals who are eligible for an award under VCF:

The exposure zone includes the area of Lower Manhattan south of Canal Street, Clinton Street, and East Broadway Street, plus the debris removal routes and the locations where the equipment and trucks are serviced.

However, it’s essential to know that proving you’re a victim of the 9/11 terrorist attack can be complicated. You need to procure enough evidence to ensure you satisfy the criteria mentioned above. Hence, to help you with the claims process, you can check some reputable legal websites and other online resources to learn more information.

What Is The 9/11 Victim Compensation Fund’s Coverage?

Primarily, the VCF’s goal is to compensate victims and their families for all the losses they sustained due to the attack. It’s also created to ensure that they wouldn’t file claims against the airlines involved in the September 11 terrorist attack.

Additionally, the compensation covers medical costs, including hospitalisation, mental health counselling, and other related expenses. However, a standard calculation based on the following factors is used to determine the proper compensation for each eligible individual:

To get the right compensation amount, the economic and non-economic losses are added, and the sum is subtracted from the collateral assets. Although the formula seems straightforward, the computation can be a bit tricky.

Because of this, it’s best to seek legal assistance from a dedicated attorney to guide you through the process. Their knowledge and experience on this matter can help you receive the right compensation for your losses, which is essential in getting back on your feet in no time.

Being injured due to a violent crime can be a frustrating ordeal. To help you rebuild your life and that of your family, you may be qualified to file a 9/11 VCF claim to get paid financially for all your losses.

So, keep the information mentioned above in mind to educate yourself about this compensation program. Knowing how the September 11 Victim Compensation Fund works can help you handle your claim more efficiently to achieve a positive outcome.