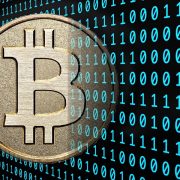 Bitcoin has picked up right where it left off, capping a resurgent week by climbing within a few dollars short of a record $8,000 just days after a plunge of as much as 29 percent from the previous high tested the confidence of advocates of the cryptocurrency.

Bitcoin has gained 17 per cent this week, touching a high of $7,997.17 during Asia hours before moving lower in late trading. The rally came after bitcoin wiped out as much as $38bn in market capitalisation following the cancellation of a technology upgrade known as SegWit2x on 8 November.

While multiple reasons have been cited for the price volatility, one of the more viable is that some investors were switching to alternative coins. Bitcoin cash, an offshoot of bitcoin that includes many of the technical upgrades being debated by developers, had more than doubled in the same period.

“My sense is that today’s rally is driven by a resurgence in interest and viability for the SegWit2x hard fork,” Spencer Bogart, head of research at Blockchain Capital, said in an email. “Despite the fact that it was called off, there is still some group of people that will follow through with the intended fork. As a result, I believe some capital is rotating out of other crypto-assets and into bitcoin to make sure they receive coins on both sides of the fork.”

The main difference between bitcoin and bitcoin cash is the block size — the fundamental units that make up the blockchain at the heart of the cryptocurrency. Bitcoin cash offers a larger block that holds more data, meaning faster and cheaper transactions according to supporters of the new rival.

Those supporters view the size increase as the update bitcoin needed to become a better means of exchange to compete with payment services such as Visa or Master Card. Bitcoin handles about seven transactions a second, compared with around 2,000 for Visa.

“I look at it as similar to software where there can be multiple versions,” said Mike Kayamori, chief executive of Quoine, in an interview with Bloomberg TV. “That said, having too many will confuse the general public so it’s not a good thing if there’s too many.”

Kayamori said he could see a time when legacy bitcoin is treated more as a pure currency while bitcoin cash, with its higher block size, could be more useful for commercial operations.

This year’s surge comes as the digital currency starts to gain mainstream acceptance as a financial instrument after CME, the world’s biggest exchange, said it would start bitcoin futures next month. Swiss structured products houses Vontobel and Leonteq Securities AGwill said Thursday they’ll offer separate products that will allow investors to profit if the price of bitcoin tumbles.