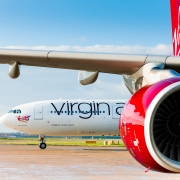 Kirkland & Ellis is advising the UK Civil Aviation Authority on the restructuring of Virgin Atlantic Airways, in the first restructuring plan to be launched under the new Part 26A of the Companies Act 2006.

Virgin Atlantic’s plan represents a major first test of the new restructuring plan procedure, recently introduced under the Corporate Insolvency and Governance Act 2020 (effective from 26 June). The new plan offers the possibility of cross-class cram-down, to impose a restructuring on dissenting stakeholders, and the possibility of compromising operational as well as financial creditors. For analysis of the reforms, see our Alert deck.

Virgin Atlantic Airways Limited launched its restructuring plan on 14 July, with the backing of key financial stakeholders. The deal seeks to ensure the survival of the airline against the backdrop of the existential crisis in the travel industry, owing to COVID-19 and related restrictions.

The comprehensive, solvent recapitalisation deal involves a significant shareholder support package (including £200m in cash and the deferral of £400m of fees), £170m third party secured debt financing, and creditor support (including deferrals and advances from payments companies and aircraft lessors), together worth up to £1.2bn over 18 months.

The court convening hearing is scheduled for 28 July, with stakeholder meetings and the court sanction hearing scheduled to follow in the week commencing 17 August. Recognition of the plan will be sought under Chapter 15 of the U.S. Bankruptcy Code.

Crucially, the restructuring allows Virgin Atlantic’s planes to continue in operation. If successful, the deal will serve as important template for restructurings under the new procedure.