You are here: Home / News / Arbitration 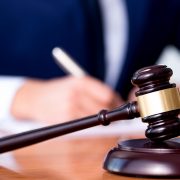 The flexibility and duration of the proceedings are commonly appointed as advantages of arbitration as a dispute resolution method. However, as it is also known, not every dispute has in arbitration its best arena. That said, and noticing the little use of arbitration in conflicts related to the agribusiness, the question title of this article is posed.

It is important to stress that agribusiness involves much more than what is done on the farms. The whole chain of the agribusiness (term coined in 1957 by Goldberg and Davis) includes agrichemical, breeding, crop production, distribution, farm machinery, processing, seed supply, marketing and retail sales, not to mention the international commodities trade.

Analysing the diversity of legal and commercial relationships that can come from this complex chain, it turns clear that many of them fill the arbitrability condition. Besides this, specially nowadays, very specific knowledge is needed in order to resolve the issues arising from this field. For instance, contract farming has peculiarities that are not found in other type of contracts. It is enough to remember that UNIDROIT has already elaborated a document concerning this subject. Even diverse financial operations were created to fit this market, in which is not rare that the “currency’ is the farm production itself. All this meaning that there is a wide range of possibilities for the arbitration, and other ADRs methods, to be adopted in agribusiness, as an alternative to the State courts.

Furthermore, the agricultural production development is seasonal, what means that the duration and costs of the proceedings must be very well administrated. In conclusion, I would say that not only arbitration fits agribusiness, but also agribusiness needs arbitration, in order to reach better results in terms of dispute resolution. 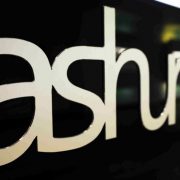 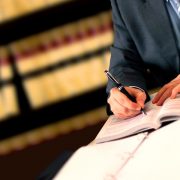 NEW DELHI: The government has won the award in an arbitration case against Reliance Industries,which had disputed the quantum of penalty to be paid for not finishing the promised ‘work programme’ in four oil blocks, according to sources familiar with the matter.

The promised ‘work programme’ is a commitment to undertake surveys and exploratory drilling. This commitment, along with the percentage of profit that a company offers to share with the state, are key factors in deciding which bidder wins an auctioned exploration block.

The award ends another dispute between RIL and the government, which have been engaged in several legal battles. Reliance Industries declined to comment on this matter.

The arbitration award means RIL will lose tens of millions of dollars in penalty. About six years back, RIL invoked arbitration as it disagreed with the quantum of fine the government had imposed on the company for not meeting the work programme targets. RIL, however, paid the penalty as demanded but was hoping a favourable arbitration award would help it get some money back, sources said. The original penalty considered by the government was in the region of $90 million but the Directorate General of Hydrocarbons (DGH), the upstream regulator, recommended that it should be reduced to $26 million in 2006. How much RIL ultimately paid as penalty couldn’t be ascertained but sources said it was much higher than $26 million.

RIL had won these blocks in an auction under the New Exploration and Licensing Policy (NELP) more than a decade back. Under the policy, failure to meet the committed ‘work programme’ allows the government to penalise winners by recovering an amount equal to the unfinished work programme from them. The award in this arbitration follows recent withdrawal of natural gas price related arbitration by RIL a few months back. Last year, the company withdrew another arbitration challenging the government order to relinquish about 80% of the KG-D6 block.

The arbitration related to government demand of higher revenue from the Panna Mukta Tapti fields resulted in an award last year in favour of the state. But this has been challenged by RIL and partner Shell in a UK court.

Two arbitration cases are still underway. One relates to how much cost RIL can recover from its existing fields in the KG-D6 block and the other concerns the penalty on RIL for producing gas from the adjacent fields of state-run Oil and Natural Gas Corp in the KG Basi