It was to be a little tax haven in Nova Scotia.

The idea was simple: the companies would be registered in Bermuda but the people processing the paperwork would be in Halifax.

Appleby, the leading offshore law firm in the Paradise Papers leak, explored this vision for outsourcing its back office administrative functions in 2007.

But Appleby needed assurances that its clients, who had incorporated in a zero-tax jurisdiction, wouldn’t have to pay tax to Canada.

No problem, wrote Halifax lawyer Jim Cruickshank, who was hired to analyze the legal issues.

“We do not believe the activities of (Appleby) could in any way constitute your clients ‘carrying on business in Nova Scotia,’ ” Cruickshank wrote in a memo to Appleby.

What about extending offshore financial secrecy to the new office in Canada? For this, Cruickshank, had a creative solution.

“We believe a ‘paperless office’ and ‘dummy terminals’ for (Appleby) would provide significant but not complete practical immunity from search and seizure by Canadian authorities.”

While the Halifax outsourcing project would never come to fruition, Appleby’s internal records reveal a preoccupation with secrecy that pervades tax havens. For this reason, governments around the world are targeting the law firms that operate in tax havens, to force them to reveal the hidden transactions that deprive public coffers of trillions of dollars each year.

Estimates put Canada’s own losses to offshore activity at $6 billion to $7.8 billion each year.

But tax haven secrecy has, once again, been pierced by a massive leak.

Unlike last year’s Panama Papers leak, which exposed Panamanian law firm Mossack Fonseca, a firm that has been criticized as a bad apple in the offshore world, the Paradise Papers leak reveals the business of one of the world’s most prestigious blue-chip law firms, Appleby, which caters to the world’s biggest multinational corporations and the wealthiest families on the planet.

Appearing in Appleby’s files are:

Two generations of Liberal party chief fundraisers, Leo Kolber and Stephen Bronfman, who are linked through a Cayman Islands trust fund. Through a lawyer, Kolber and Bronfman said they always acted “properly and ethically, including fully complying with all applicable laws.”

Former prime minister Brian Mulroney, who sat on the board of Said Holdings, a Bermuda company controlled by Syrian-Saudi businessman Wafic Said. Said was a key intermediary in a British-Saudi oil-for-arms deal that led to a $400-million (U.S.) criminal fine for bribery in 2010 against British airplane manufacturer BAE. Mulroney’s lawyer said he is “proud” to have served on the board, and considers Said “a good friend.” Said said he is “proud of the role I played” in the arms deal.

Former Canadian prime minister Jean Chrétien, who is listed as having received options in a Madagascar oil venture registered in Bermuda. He confirmed he consulted for the company in 2007 but says he never received any options.

Paul Martin’s former company, Canada Steamship Lines (CSL), which was one of Appleby’s “biggest clients.” CSL said it “uphold(s) the highest ethical and business standards,” while a spokesperson for Martin said he “has not been involved in CSL in over a quarter century.”

Much of the activity in tax havens is legal, and Appleby considers itself an ethical leader in the offshore industry. Documents found in the 6.8 million internal Appleby files in the leak show the firm was aware of multiple cases where it accepted dirty money.

The emails, client records, bank applications, court papers and other files were obtained by the German newspaper Süddeutsche Zeitung and shared with the International Consortium of Investigative Journalists (ICIJ), the Star and CBC/Radio-Canada. They represent the inner workings of Appleby from the 1950s until 2016.

Canada is a big part of Appleby’s business. With more than 2,700 Canadians and 560 Canadian businesses named in the Appleby database — five times more Canadians than were in the Panama Papers — Canada is the firm’s fourth-biggest market behind the U.S., the U.K. and China.

Appleby has administered 1,450 offshore corporations and trusts with Canadian owners, officers or addresses, mostly in Bermuda. Its lawyers made regular trips to Toronto, Calgary and Vancouver to drum up business, meeting with accountants and lawyers.

Appleby billed Canadian clients and law firms at least $12 million between 2009 and 2013, the documents show.

“We’re so connected to tax havens, they’ve become an integral part of our economy,” he said. “In the end, all the large Canadian companies and family fortunes are structured to circumvent Canadian laws in such a way to allow the owners to avoid taxes.”

Among the Canadian companies who hired Appleby to set up offshore businesses are:

The Montreal Canadiens set up two trusts in Bermuda, including an employee benefit fund that was shut down in 2010. The organization says its offshore business was “in full compliance with the existing Canadian tax legislation.”

Food giant Loblaw says it paid all appropriate taxes on the two subsidiaries it set up with Appleby’s help in Barbados and Bermuda in 2005. They were used to insure cardholder balances from its President’s Choice Financial MasterCard, according to leaked documents.

Hydro-Québec incorporated an offshore company in Bermuda to invest in power-generation projects in China, even though the company is exempt from income tax in Canada. A representative for the public utility said the company was dissolved in 2007 and capital gains taxes were paid.

Brookfield, a Canadian investment giant, set up Brookfield Infrastructure Partners (BIP) in Bermuda to hold international investments. Documents show how the company set up 29 corporations and limited partnerships in nine jurisdictions in a 48-step “specific sequencing” to “ensure” that units of BIP “are not taxable Canadian property.” A company spokesperson said “the tax treatment of partnerships like BIP . . . is the same whether they are domiciled in Bermuda, Canada or the U.S.”

Appleby also performed offshore services for many seemingly regular Canadians, including doctors, engineers, geologists, housewives, a police officer, a speech pathologist and a retired admiral in the Canadian navy.

The database also contains a Bermudian company incorporated by Gerald Bull, the late Quebec engineer who attempted to develop a supergun to shoot satellites into space but ended up working on a massive cannon for Iraqi dictator Saddam Hussein. Also in Appleby’s files is online gambling baron Isai Scheinberg, who started the online gambling site PokerStars, but ran afoul of U.S. authorities and is now actively wanted by the FBI.

While Appleby prides itself on its high ethical standards and has been named “offshore law firm of the year,” internal documents reveal that it hasn’t always succeeded in keeping out questionable clients.

“Some of the crap we accept is amazing totally amazing,” state presentation notes prepared by Appleby’s director of compliance in 2011. “We have a current case where we are sitting on about 400K that is definitely tainted and it is not easy to deal with.”

“MONEY LAUNDERING IS A DIRTY CRIME,” screamed notes accompanying the PowerPoint presentation. “THERE IS USUALLY ALWAYS A VICTIM AT THE BOTTOM OF THE PILE AND A RICH PERSON AT THE TOP.”

The firm did not answer detailed questions sent by the ICIJ and the Star.

“We are an offshore law firm who advises clients on legitimate and lawful ways to conduct their business. We do not tolerate illegal behaviour. It is true that we are not infallible. Where we find that mistakes have happened we act quickly to put things right and we make the necessary notifications to the relevant authorities,” reads a statement put out by Appleby after it was contacted about the leak.

Appleby is already publicly associated with the Bermuda Longtail Trust, one of the biggest tax scams in recent Canadian history.

The scam, originally revealed by a Star investigation in 2007, duped almost 10,000 people, including nurses, teachers and at least one police officer, into making donations to bogus charities in order to receive a tax receipt worth four times more. Appleby administered the trust for Canadian businessman Edward Furtak. The trust had collected more than $100 million by the time the Canada Revenue Agency (CRA) got wise to the scheme, and a group of clients sued. Appleby settled the class action for $17.5 million last summer. The firm admitted no wrongdoing.

As governments around the world have turned their attention to cracking down on offshore tax evasion — including almost $1 billion pledged to the CRA in the last two years — Appleby has publicly defended the use of tax havens (also known as “offshore financial centres” or OFCs).

“The myth perpetuated by the OECD and G-20 nations is that OFCs encourage tax evasion,” two Appleby lawyers wrote in the Cayman Islands Journal. “In reality, excessive tax burdens in welfare states encourage tax evasion, leading to capital flight to OFCs. Logic dictates that if politicians wish to eliminate capital flight, they should lower their country’s oppressive taxes.”

All of them left the country to avoid paying Canadian taxes, according to an email sent by the firm’s managing partner in the BVI, Michael Burns.

There were a lot of them — 21 of Appleby’s 182 lawyers spread out around the globe were educated in Canada, one indication of the surprisingly strong Canadian presence in Caribbean tax havens.

Burns, who declined to comment for this article, worried that a Halifax branch would draw these Canadian tax expats back into the reach of the CRA.

“Are you able to provide us with any general guidance as to any possible concerns that might arise, such as a liability to Canadian tax?” Burns inquired of his contacts in Halifax.

The CRA returned to Appleby with warm reassurances that no taxes in Canada would be owing if the firm decided to come. An advanced tax ruling in 2008 guaranteed Appleby that any future business in Halifax would not require staff — or its clients — to pay Canadian taxes.

Despite that green light, the firm ultimately bailed on the plan to bring a little piece of Bermudan tax haven to Halifax.

“With regret, we are not now likely to take up the opportunity at this time of proceeding with the Halifax Outsourcing Platform,” Burns wrote in 2009. “Isle of Man was already our top choice for outsourcing, for many reasons, although Halifax was a very close second.” 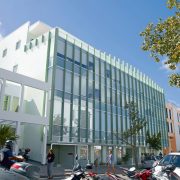 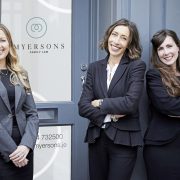